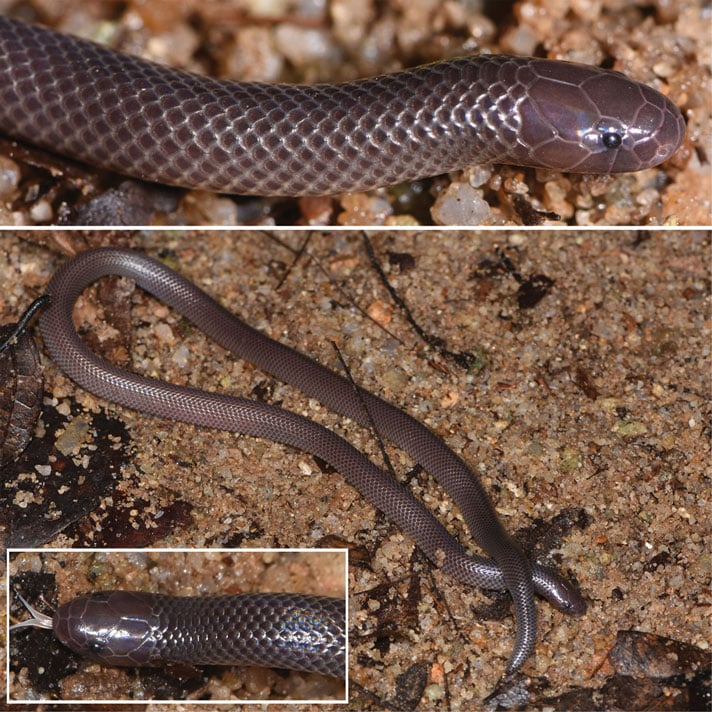 Researchers who were surveying the Upper Guinea forest zone in Guinea and neighboring Liberia discovered and described a new species of snake that has the capability to attack its prey sideways due to a fang that sticks out of the corner of their mouths. 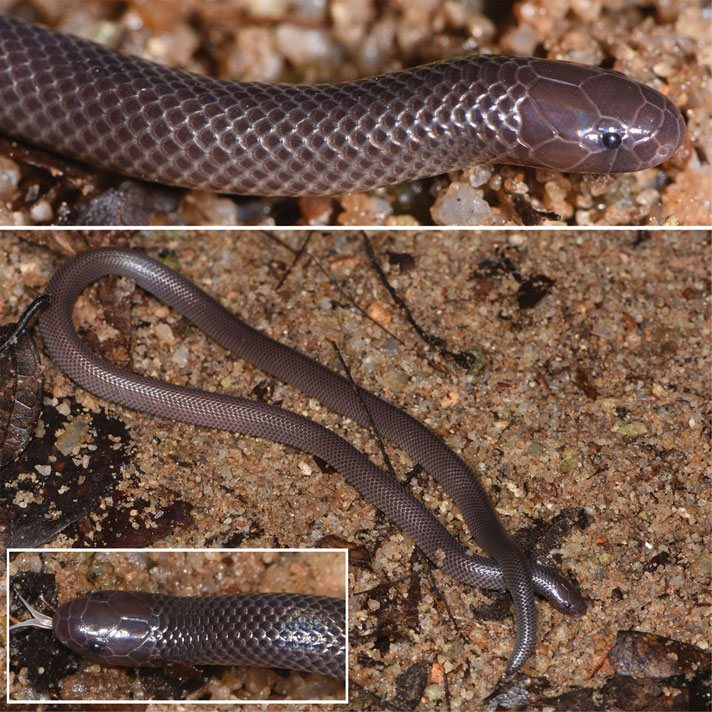 The snake, Branch's Stiletto snake (Atractaspis branchi) has a unique skull as well as a unique venom delivery system, according to the researchers, who published their findings in the open-access journal Zoosystematics and Evolution.

The researchers say that because the snake has fangs that protrude out of the side of their mouths, it is impossible to handle them traditionally, with fingers behind their heads.

Branch's Stiletto snake, named in honor of the late South African herpetologist Prof. William Roy (Bill) Branch, lives in rainforests and the edges of rainforests in the Upper Guinea forests.

"The discovery of a new and presumably endemic species of fossorial snake from the western Upper Guinea forests thus is not very surprising," the researchers wrote in their paper. "However, further surveys are needed to resolve the range of the new snake species, and to gather more information about its ecological needs and biological properties."

The venom of this species apparently is not lethal to humans, but, according to the researchers, the venom has the capability to cause serious tissue necrosis.

The complete research paper can be read on the Pensoft Publishers website.