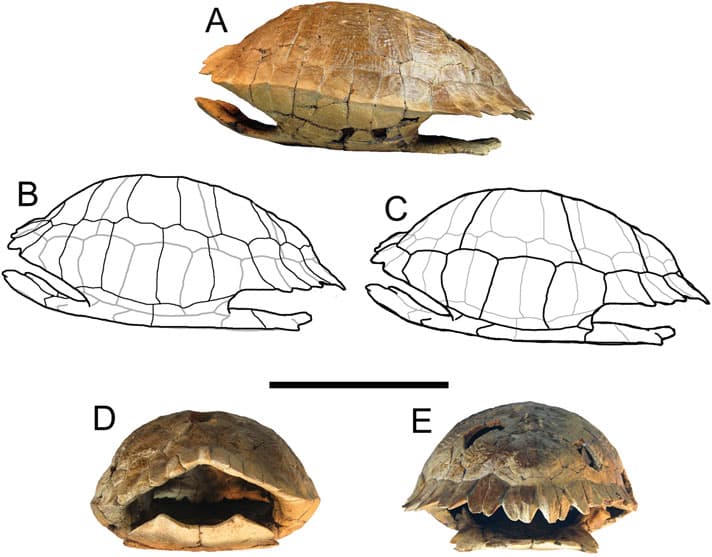 Trachemys haugrudi is closely related to modern turtles of the Trachemys genus.

A paleontologist  with the University of Pennsyvania has described a 5.5-million-year-old turtle species that was closely related to the modern day red-eared slider (Trachemys scripta elegans). 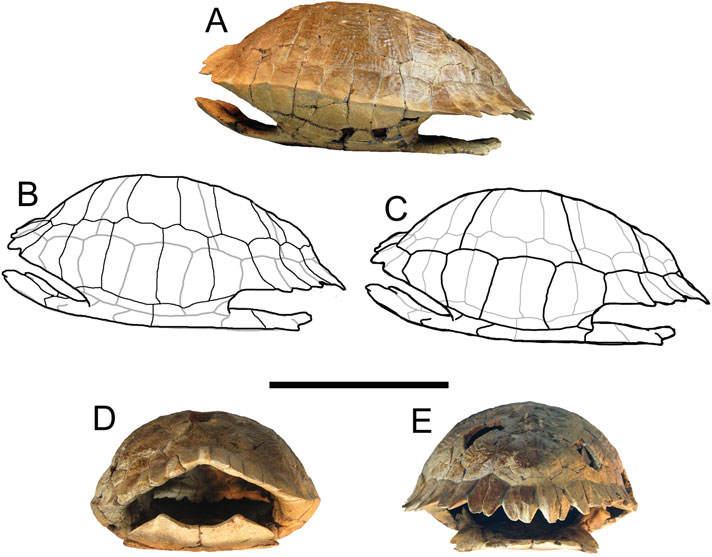 Steven Jalinski, a doctoral candidate at the university examined the remains of a fossil turtle, Trachemys haugrudi, including vertebrae, bones, plastron and carapace that was found in the Gray Fossil Site in Northeastern Tennessee.

The turtle is named after Shawn Haugrud, lab and field manager at the Gray Fossil Site as well as lead preparer.

"Shawn has spent an incredible number of hours working on these specimens," Jasinski told Science Daily. "He cleaned and prepared the fossils and was able to essentially glue this turtle back to life, giving me numerous nearly complete turtle shells to use in this research. Without all that time and effort, I wouldn't have been able to determine nearly as much about this turtle as I did.”

"It is extremely rare to get more complete fossils," Jasinski said, "but Trachemys haugrudi, commonly called Haugrud's slider turtle, provides me with dozens of shells, and several are nearly complete."

Jasinski’s research found that Trachemys haugrudi, through phylogenetic analysis, is most closely related to Trachemys fossils found in what is now Florida, and followed by a group of fossils from the midwestern United States. The fossils are also closely related to modern day red-eared sliders and other turtles from the Trachemys genus, according to Science Daily.

The complete study, “A new slider turtle (Testudines: Emydidae: Deirochelyinae: Trachemys) from the late Hemphillian (late Miocene/early Pliocene) of eastern Tennessee and the evolution of the deirochelyines“ can be found on the PeerJ website.

Loading...
Newer Post
Ideal Heating For Your Reptiles
Older Post
Police In Australia Goes Beyond Call Of Duty To Save Lizard Stuck In Red Bull Can
Advertisement