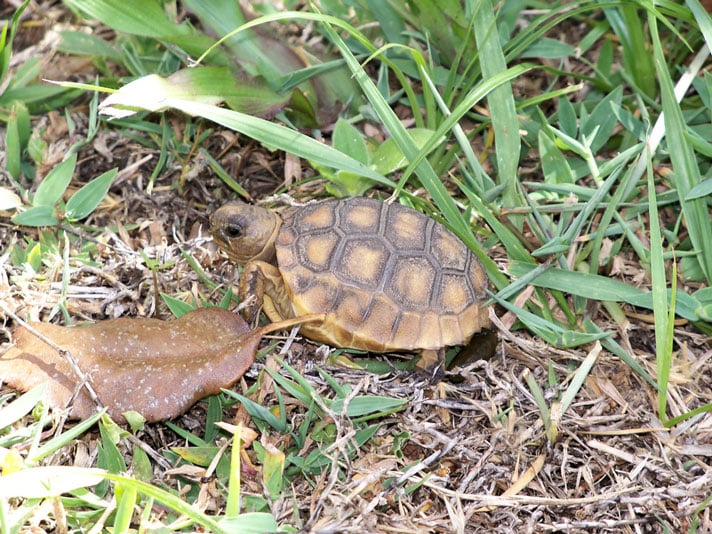 Gopher Tortoises Hatchlings To Be Released In South Carolina

Close to 100 gopher tortoise hatchlings will be released in South Carolina to bolster wild populations.

The Savannah River Ecology Lab in South Carolina has successfully hatched closer to 100 gopher tortoise (Gopherus polyphemus) eggs in an effort to bolster the populations of the reptile in the state. 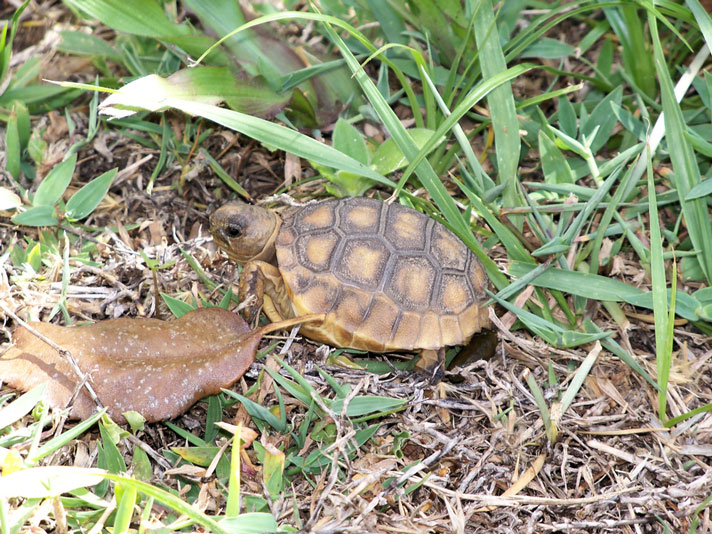 Close to 100 gopher tortoise hatchlings will be released in South Carolina to bolster wild populations.

The hatchlings are currently the size off a pingpong ball, according to the Post And Courier, and they will be reared at the lab until they are about the size of a dinner plate, at which point they will be released into the wild. The tortoises will have a better chance at surviving at that size. If all goes well, the release of the 100 or so tortoises would double the number already released, and will help to determine how many survive, and if they expand their range.

The burrows of these tortoises are used by more than 300 other species. This gives the reptile a critical role in the survival of other species, such as the the gopher frog and the Eastern indigo snake, both of which are known to use the gopher tortoise burrows.

“ It all comes back to maintaining the habitat and keeping it from getting fragmented," Jason Ayers, U.S. Fish and Wildlife Service biologist told the Post and Courier.

There are few areas in South Carolina in which the reptile is left, including the sand beds along the Savannah River, as well as remnant populations elsewhere.

The effort to bolster the number of gopher tortoises in the wild is a due to grants from International Paper, the Alliance for American Forests, public agencies and the National Fish and Wildlife Foundation.