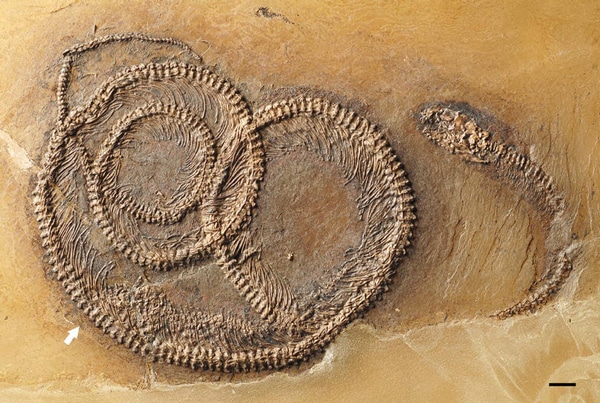 A python species had eaten a lizard of the family Iguanidae, which had an insect in its stomach.

Researchers have discovered a unique fossil of a snake that had eaten a lizard, which had eaten an insect, in the Messel Pit Fossil Site near Darmstadt, Germany. The site is well known because the fossils that are discovered there  often reveal their stomach contents.

The snake, dated to the Middle Eocene period, was identified as a juvenile Palaeopython fischeri, while the lizard was identified as Geiseltaliellus maarius, a lizard of the family Iguanidae that is thought to have been an arboreal species. The scientists do say the lizard was swallowed head first and had a snout to vent length of 7.9 cm. The tail was 11.8 cm in length and it had a kink in its fifth vertebra, which might have been attributed to an act of predation. 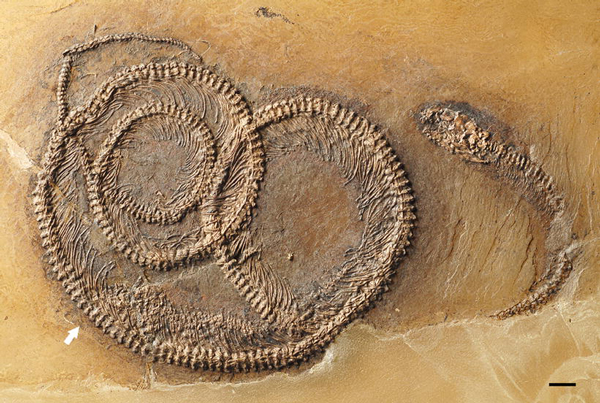 The snake was identified as a juvenile Palaeopython fischeri.

The insect is a mystery. It consisted of parts of the cuticula and not a whole lot more, the researchers said. The researchers said that the structural coloration and visible morphological features were not enough to properly identify what species of insect it was. 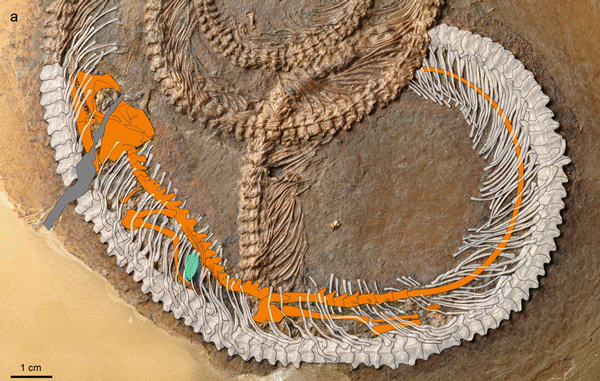 The lizard was identified as Geiseltaliellus maarius, a lizard of the family Iguanidae. The insect is highlighted in blue.