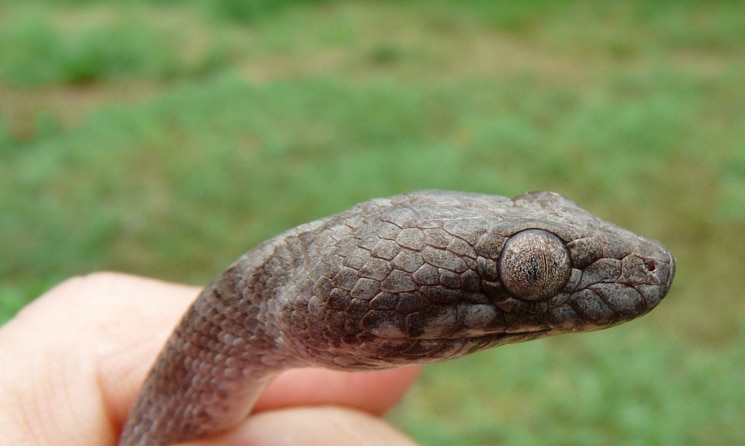 Australia Rock Skink, Named Just A Year Ago May Be Headed to Extinction
Poison Dart Frogs Are Protected From Their Own Poison
Animal Services Seeks Owner Of Crocodile Monitor Found In Riverside CA, Backyard

A new snake species has been discovered in Ankarana National Park in northern Madagascar by researchers with the Louisiana State University Museum of Natural Science, American Museum of Natural History and the Université de Mahajunga in Madagascar . The snake, Madagascarophis lolo, which means ghost in the Malagasy language, belongs to the Madagascarophis genus of the so-called cat-eyed snakes, a group of colubrid snakes that are known to be mildly venomous. They are native to Madagascar. 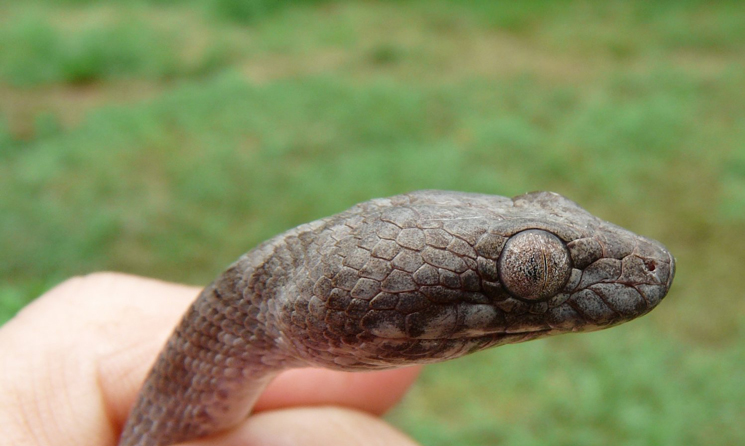 Madagascarophis lolo's pupils are like that of a cat. 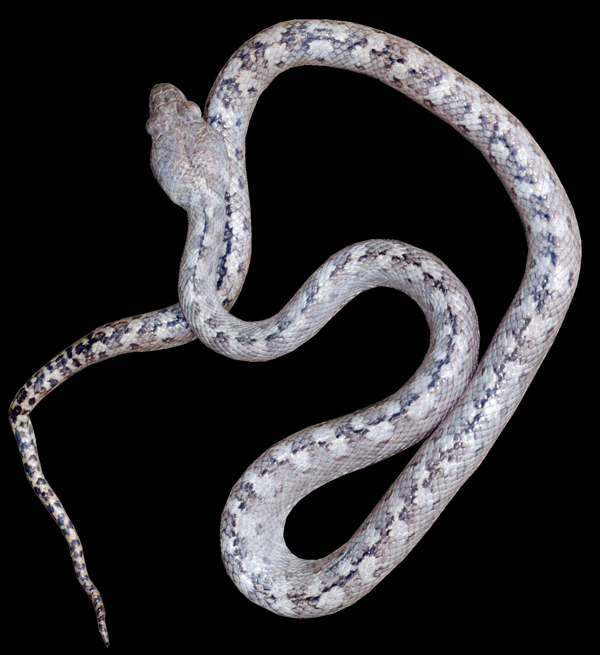 Madagascarophis lolo is gray in coloration with checkered pattern running down its back.

"I think what's exciting and important about this work is even though the cat-eyed snakes could be considered one of the most common groups of snakes in Madagascar, there are still new species we don't know about because a lot of regions are hard to get to and poorly explored,” Sara Ruane, a post doctoral researcher at LSU Museum of Natural Science and lead author of the paper describing the new species, said in a statement. “If this commonly known, wide group of snakes harbors this hidden diversity, what else is out there that we don't know about?" Ruane said.