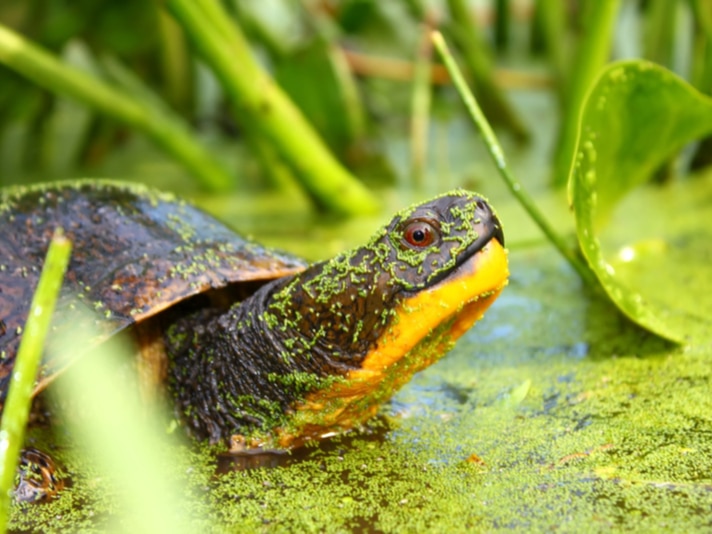 The find is significant because the Blanding’s turtle is endangered

A previously undiscovered population of Blanding’s turtles (Emydoidea blandingii) have been discovered in Nova Scotia, bringing the number of distinct populations in the Canadian province. The turtles were first discovered by a fisherman who alerted the Mersey Tobeactic Research Institute of the presence of the reptiles near the Kejimkujik National Park. 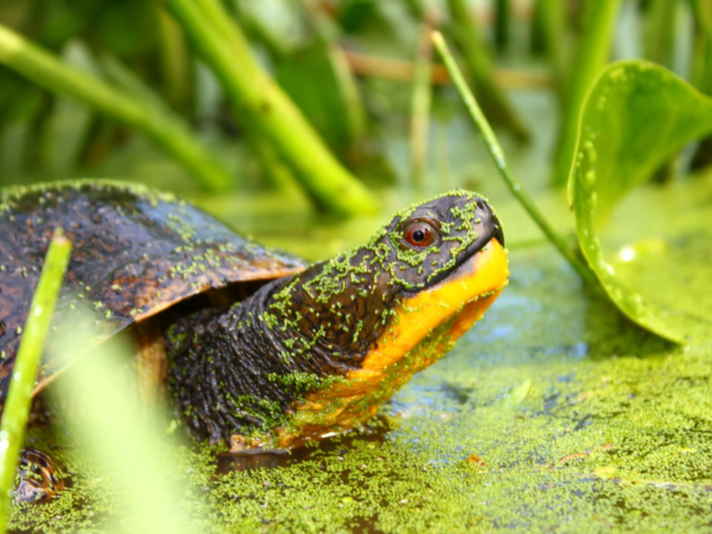 A new population of Blanding's turtles have been discovered in Nova Scotia.

The institute, which has been monitoring the population of the endangered turtles since 1987, sent a team that included local conservationists, to the area to conduct a survey last spring. The team used radio transmitters and GPS to monitor the adult Blanding’s turtles that they found, and in just a few short months looking, they were able to find 31 adults.

"To find that many turtles that quickly, it means this is a considerable population," Tom Herman, a board member at the institute told CBC Radio's Mainstreet in Halifax. “Sometimes it's right under our noses, but it's not for a lack of looking"

"Until last fall, we were aware of three populations in Nova Scotia." Herman called the find significant.

The find is significant because the Blanding’s turtle is endangered. The turtle reaches sexual maturity at around 14-20 years of age, so the turtle must survive that long just to reproduce. And in that time, their habitat may change drastically.

"Blanding's make complicated maps in their heads of nesting sites, and will use [them] over decades," Herman said. And when the habitat is changed by human activity, the maps become more difficult for the turtles to navigate when searching for their nesting sites.