Researchers have identified three new species of Tegu lizards that were previously thought to be a single species.

Researchers have identified three new species of Tegu lizards that were previously thought to be a single species.

The researchers believe that the golden tegu lizard (also known as the Colombian black and white tegu) now named Tupinambis teguixin, is now comprised of four distinct clades, including three new species. They looked at the genetic and morphological differences of museum samples from the lizard’s known geographical distribution and found differences in leg scale morphology, the shape of the eyes and lips, and found large genetic divergence across the known range of the lizard. 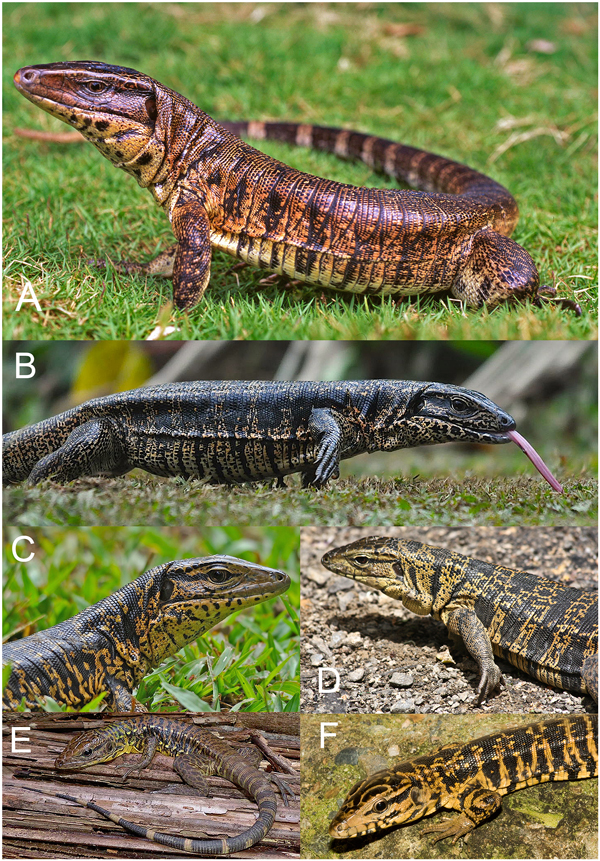 Because of their findings, the researchers split the tegu known as Tupinambis teguixin into four morphologically distinct species. They also overlap geographically. Tupinambis teguixin is now joined by T. cryptus, T. cuzcoensis, and T. zuliensis. The lizards look similar to the human eye but are different genetically .

"We demonstrate for the first time that two lineages of the golden tegu, Tupinambis teguixin, are living side by side at multiple locations in South America, and that T. teguixin is composed of at least four distinct species," said John Murphy. "This situation is known in many other species. What is surprising is that it has gone unrecognized in a species heavily exploited by humans for more than 200 years."

Murphy and his co-authors believe that more research in northeastern South America may yield more distinct tegu species within the T. teguixin group of lizards.

The full study, “Cryptic, Sympatric Diversity in Tegu Lizards of the Tupinambis teguixin Group (Squamata, Sauria, Teiidae) and the Description of Three New Species”  can be read in its entirety on the PLOS One Journal website.