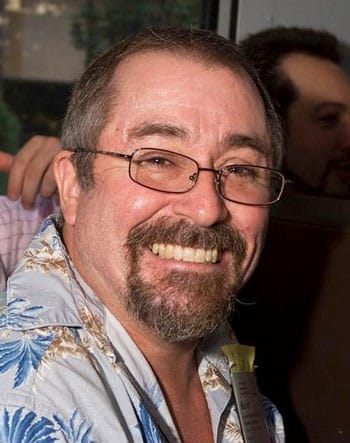 Wright wrote more than 300 articles on exotic animal care and husbandry during a 25 year span as a veterinarian.

Few individuals can say that they have made an impact on their profession. Dr. Kevin Wright was one. Actually, Kevin would say that—that is what made Kevin—well, Kevin.

The world lost a very special person last week in the passing of Kevin Wright, DVM. His loss will be felt by many, but especially in the world of exotic animal medicine. Dr. Wright was a huge influence on the trends in the profession, spearheading much of the progress in amphibian medicine over the past two decades.

Aside from authoring over 300 papers in scientific and lay publications, Dr. Wright co-edited the book, Amphibian Medicine and Captive Husbandry, in 2001. In addition, he has written numerous articles for REPTILES magazine over the years.

Dr. Wright had the ebullience of a child and the wisdom of a genius. His jest for life and herps and his engaging personality made him a celebrity in the exotic animal world—he was in constant demand for speaking engagements all over the world.

Dr. Wright was awarded the Exotic DVM of the Year in 2008, and he was twice selected the Speaker of the Year at the prestigious North American Veterinary Conference.

In between promoting the latest veterinary techniques, Dr. Wright operated the Wright Bird and Exotic Pet House Calls, a mobile practice based in Mesa, Arizona. His previous work included stints at the Philadelphia, Miami, Phoenix and National Zoos.

Dr. Wright died unexpectedly on September 26, 2013. He was 51 years young. He is survived by his wife, Marlene, and a household full of animals.
Cards, acknowledgements, and stories may be sent to Kevin’s wife, Marlene Wright, at 1042 N. Dresden St, Mesa, AZ 85203.