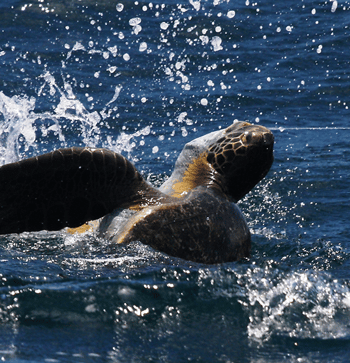 Researchers estimate more than 700,000 sea turtles caught in longlines during an 11 year period.

The Costa Rican longline fishery is potentially killing thousands of olive ridley (Lepidochelys olivacea) and green sea turtles (Chelonia mydas) each year, according to a study just published in the Journal of Experimental Marine Biology and Ecology. The researchers who conducted the study say that the fishery represents a major threat to the populations of sea turtles in the eastern Pacific. The researchers say that turtles represent the second most common bycatch in Costa Rica's longline fishery, and time and area closures are essential to protect these reptiles as well as the overall health of the fishery. 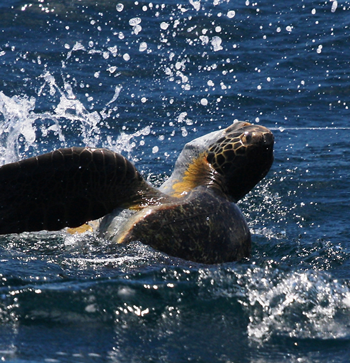 "It is common to see sea turtles hooked on longlines along the coast of Guanacaste in Costa Rica. We can set some free but cannot free them all,” said Dr. James Spotila, co-author of the study and the Betz chair professor of environmental science in the College of Arts and Sciences at Drexel. "The effect of the rusty hooks may be to give the turtles a good dose of disease. No one knows because no one holds the turtle to see if it gets sick.”

Data from scientific observers on longline fishing boats was collected from 1999 to 2010. This data included the locations of the captures as well as the type of fishing used at the time of the captures. The data was then incorporated into a mathematical analysis of the fishery which resulted in detailed maps showing the geographical locations as well as the estimates of the total number of sea turtle captures in the entire fishery. From this data, the researchers estimate that more than 699,000 Olive Ridley and 23,000 green sea turtles were caught during the 11 years the data was collected. The data revealed that about 80 percent of the turtles that were captured were released alive, however, the researcher pointed out that long term effects of these captures (with fishhooks) have not yet been adequately measured.

In an effort to better manage the fishery and the livelihood of the sea turtles, the researchers say the policymakers in Costa Rica must enforce time and area closures for the longline fishery. Without such a management plan, the fishery will become unsustainable and the sea turtles will continue to be bycatch for the fishery.

The researchers recommend the country establish and enforce marine protected areas that will keep turtles and fish safe from longlines; They recommend targeted seasonal closures to longline fishing in coastal waters and turtle nesting beaches, and recommend a closure of the fishery from June to November which can change based on the abundance of mahi mahi, the targeted fish species.