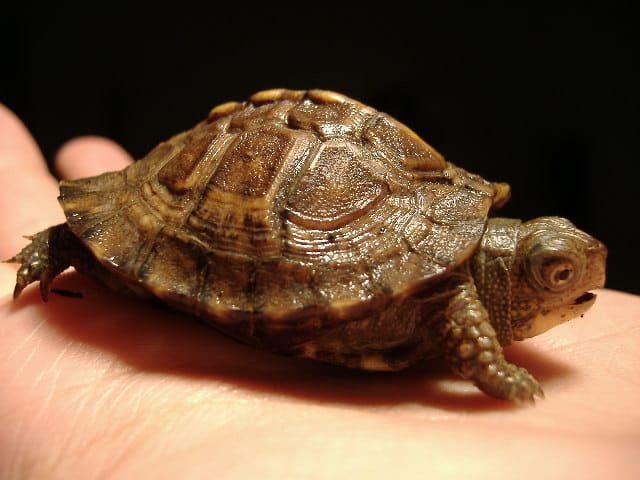 The woman did not have the permits to export the reptiles nor did she declare them to a U.S. official, the indictment claims.

A 21-year-old woman was indicted October 21 by a federal grand jury and charged with smuggling box turtles and map turtles from California to Hong Kong. Keri Zhang Wang of Elk Grove, CA was also charged with false labeling of exports. The announcement was made by United States Attorney David L. Anderson and United States Fish and Wildlife Service Office of Law Enforcement Special Agent in Charge Daniel Crum.

The U.S. Attorney’s Office for the Northern District of California alleges that Wang smuggled at least 11 parcels that contained box turtles and map turtles from California to Hong Kong from September 2016 to June 2019.

The indictment claims Wang did not have the permits to export the reptiles from the United States nor did she declare them to a U.S. official when she allegedly shipped them to Hong Kong. Wang allegedly put each individual turtle in a sock to restrict their movement and then placed them into a shoebox under bags of snacks and other foodstuff for shipping.

Wang was charged with four counts of smuggling goods from the United States and four counts of Lacey Act false labeling. She is scheduled to make her initial appearance October 29, 2019 in the Norther District of California Federal Court in San Jose.  If convicted, Wang faces a maximum sentence of 10 years and a fine of 250,000 for the smuggling goods count, and five years in prison and a $250,000 file for the Lacey Act false labeling violation. A statement released by the U.S. Disgtrict Court for Northern California can be read here.