University of Utah students snapped a picture of the new species in 2013.

Researchers from the United Kingdom, Germany and the United States have described a new viper species from the Bitis family that lives in Ethiopia’s Bale Mountains National Park. 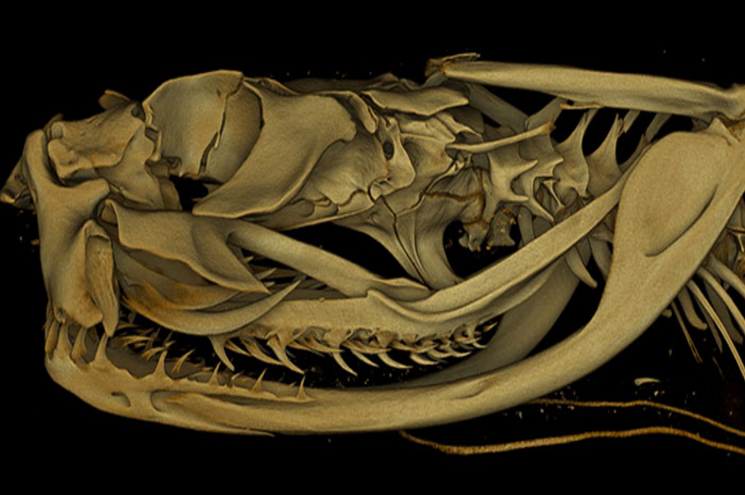 A 3D rendering of the jaw and head of Bitis harenna.

Two years later the students were told that they had discovered a new species of venomous viper, Bitis harenna.  And their sighting is the only one on record in scientific circles. A museum specimen that was collected in the late 1960s is the only example of the species.  That example was initially thought to be Bitis parviocula, which is similar in look to the one in the photos taken by the students.

Scientists wih the Natural History Museum in the United Kingdom took the museum specimen and performed micro-CT scanning of the snake’s skull, which confirmed the viper as a new species. It is different from Bitis parviocula not only by its skull structure, but by its head proportion, number of scales and color patterns.

The snake is about one meter in length and lives in an area of heavy deforestation. Since the University of Utah students first sighted the reptile in 2013, herpetologists have spent thousands of hours trying to locate the species, with no success.