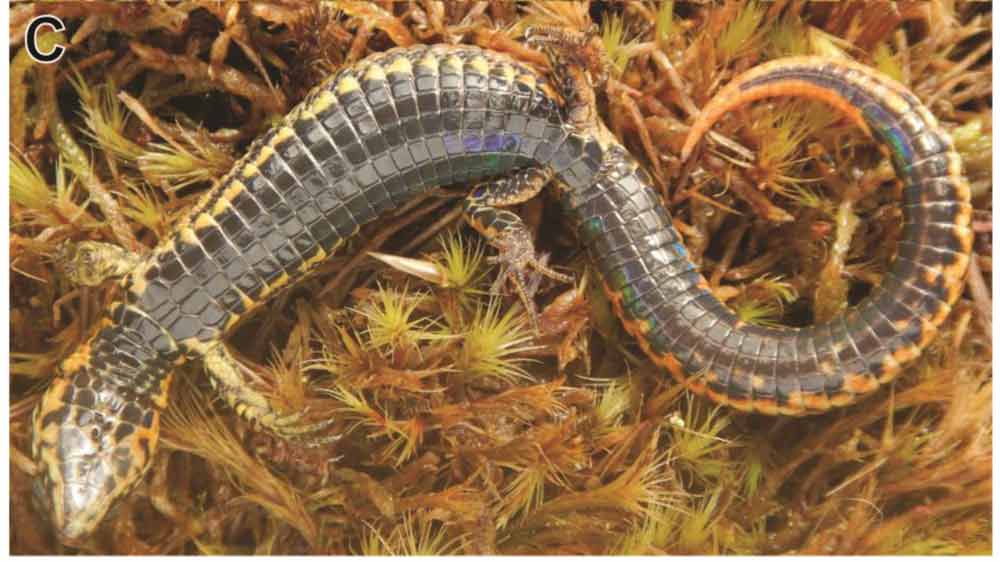 The lizard, Proctoporus titans sp. nov. was found in the southern portion of the Otishi National Park in Peru.

New Lizard Species Of The Genus Proctoporus Discovered In Peru

The lizard, Proctoporus titans sp. nov. was found in the southern portion of the Otishi National Park in Peru.

There are 20 known species of Proctoporus, with 18 that found in Peru.

A team of four biologists working in Peru have discovered and described a new species of lizard from the genus Proctoporus. The lizard, Proctoporus titans sp. nov. was found in the southern portion of the Otishi National Park in Peru. The biologists and a national park guard traveled by helicopter to the location, which never had been explored. 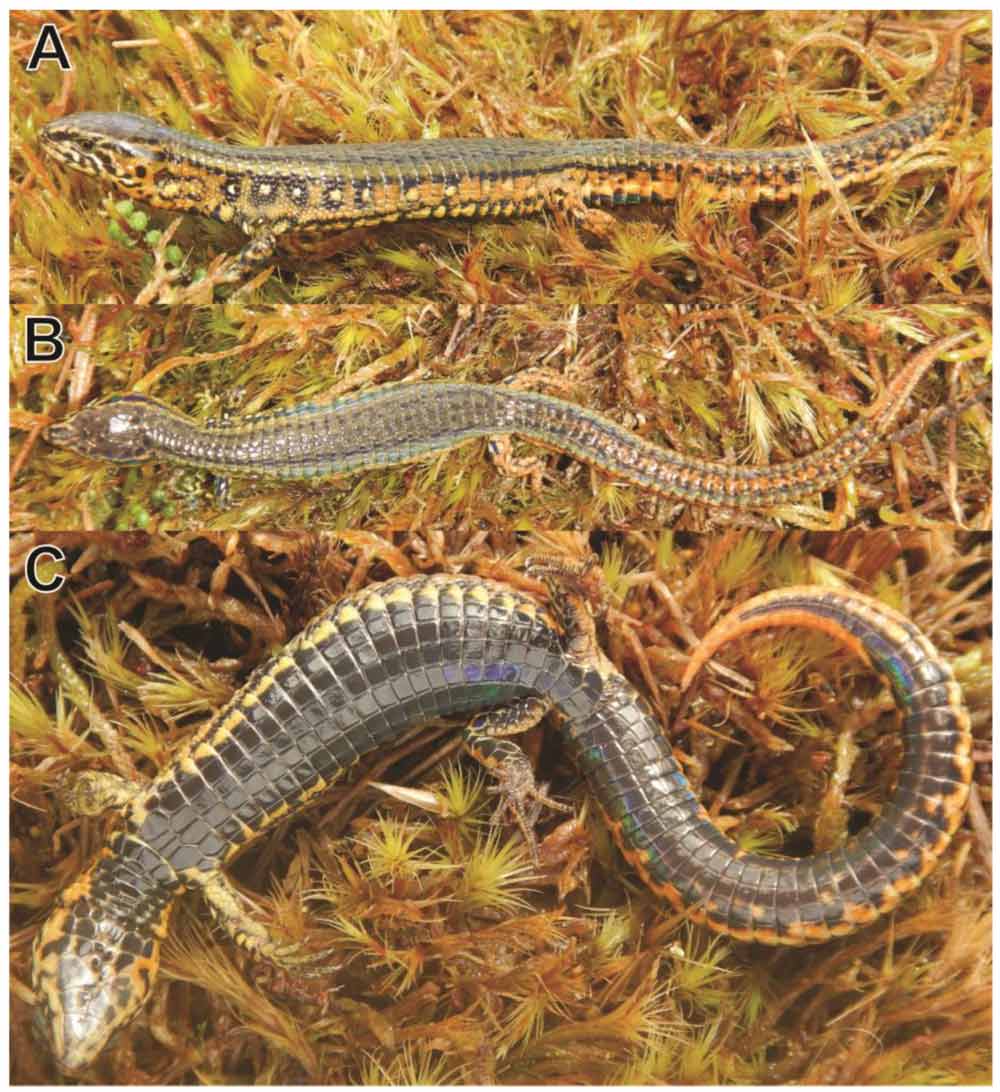 “We landed in a valley close to a marsh with scattered ponds at 3250 m a.s.l. on 16 May 2022, for the duration of two weeks to survey the herpetofauna,” the researchers wrote in their paper, “A New Species of Proctoporus (Reptilia, Gymnophthalmidae, Cercosaurinae) from the Puna of the Otishi National Park in Peru,” which was published December 31, 2022 in the journal Taxonomy. “Herein, we describe this new species of Proctoporus from the ONP based on molecular and morphological data. We complement its description with a previously unidentified series of Proctoporus spp. from the Region Ayacucho encountered in the Natural History Museum of the National University of San Marcos (Lima, Peru) that we assign to this taxon.”

The male is pale orange to orange brown in coloration, with two black stripes running down to the tail area. The sides of the lizard features irregular white spots flanked with black and orange in between. The back of the lizard is black and the tip of the tail is orange. The snout to vent length is 53.9mm. 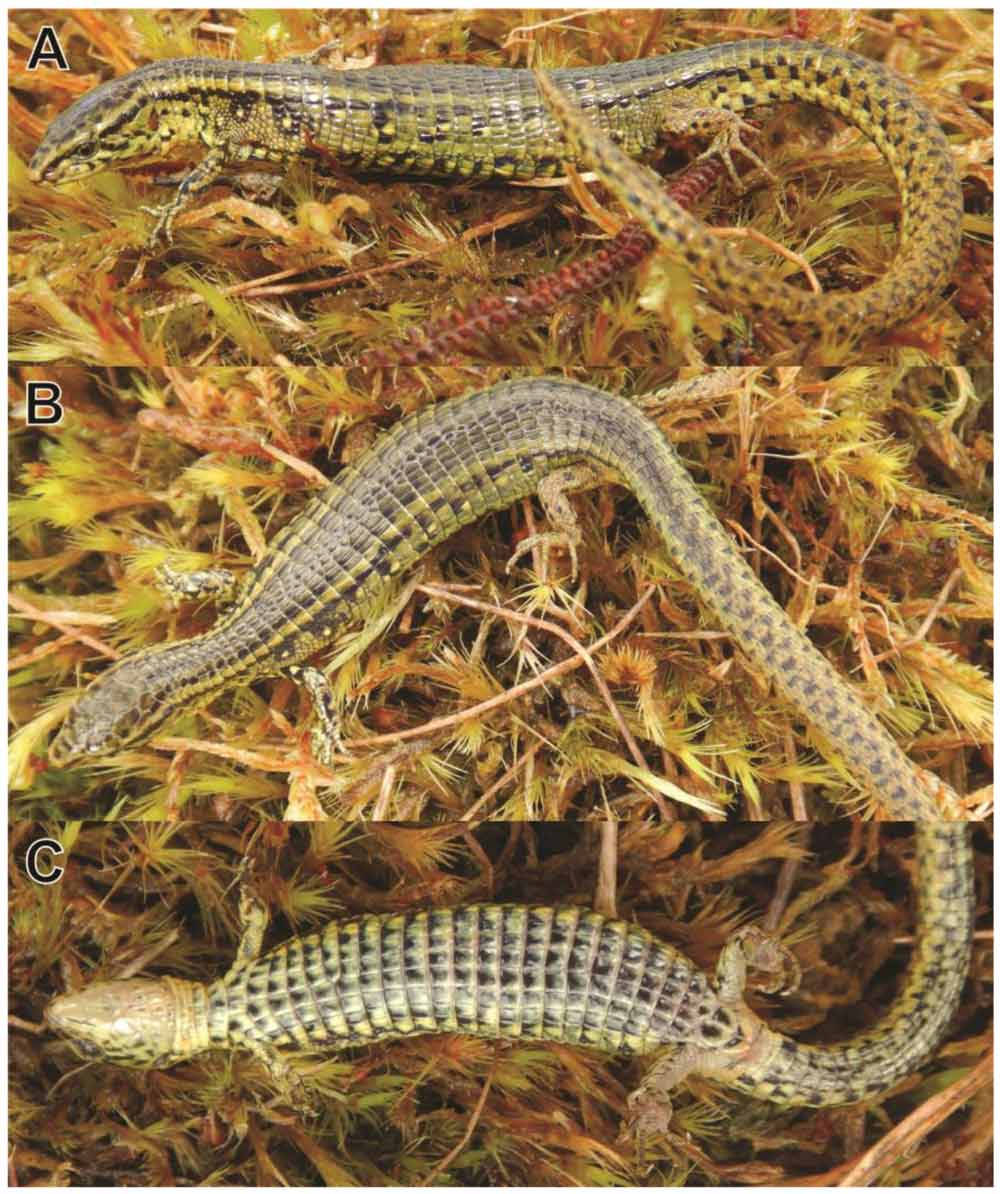 The female has two yellow stripes that run down the body starting at the snout. The body is green and black with an irregular black/yellow/green checker pattern on the tail. The snout to vent length is 46mm.

There are 20 known species of Proctoporus, with 18 that found in Peru. Eight have been described in the last 10 years, suggesting that more species of Proctoporus may be found in the montane forests of Peru or Bolivia. The researchers say that the Otishi National Park is one of the least investigated regions in peru due to coca production and narco-trafficking. To get to the ONP requires air transportation, with military planes the only legal form of transportation in the area.