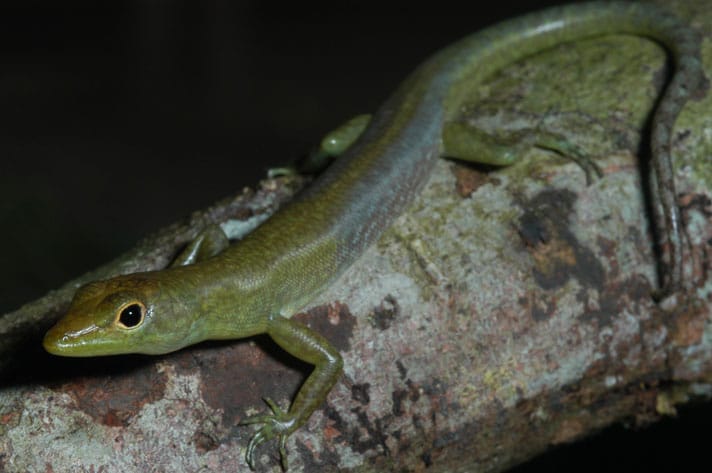 These green-blooded reptiles have high levels of green bile pigment and are resistant to bile pigment toxicity.

A group of lizards in New Guinea have green blood, muscles, bones and tongues caused by high levels of biliverdin or green bile pigment in their bodies, which has caused these reptiles to have a resistance to bile pigment toxicity. 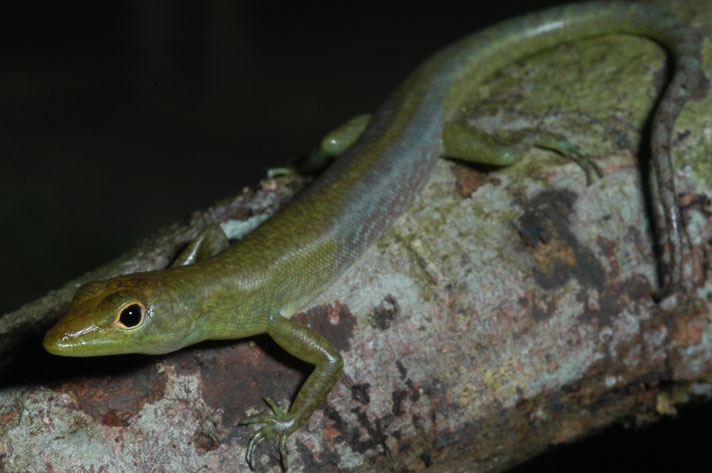 Prasinohaema virens, another green-blooded lizard from the lowlands of Papua New Guinea. This is the only species that lays eggs, all other green-blooded species give birth to live young.  This individual is an adult male characterized by the blue side patch coloration.

“In addition to having the highest concentration of biliverdin recorded for any animal, these lizards have somehow evolved a resistance to bile pigment toxicity. Understanding the underlying physiological changes that have allowed these lizards to remain jaundice-free may translate to non-traditional approaches to specific health problems,” lead author Zachary Rodriguez, a doctoral candidate at the Louisiana State University (LSU) Department of Biological Sciences Professor Chris Austin’s lab, said in a news release released by the university.

Rodriguez and LSU Department of Biological Sciences Professor Chris Austin have made several trips to New Guinea and have documented 51 skink species, including six species that have green blood, according to LSU.  They also determined that there are four distinct lineages of the green-blooded reptiles, and they likely have a red-blooded ancestor. 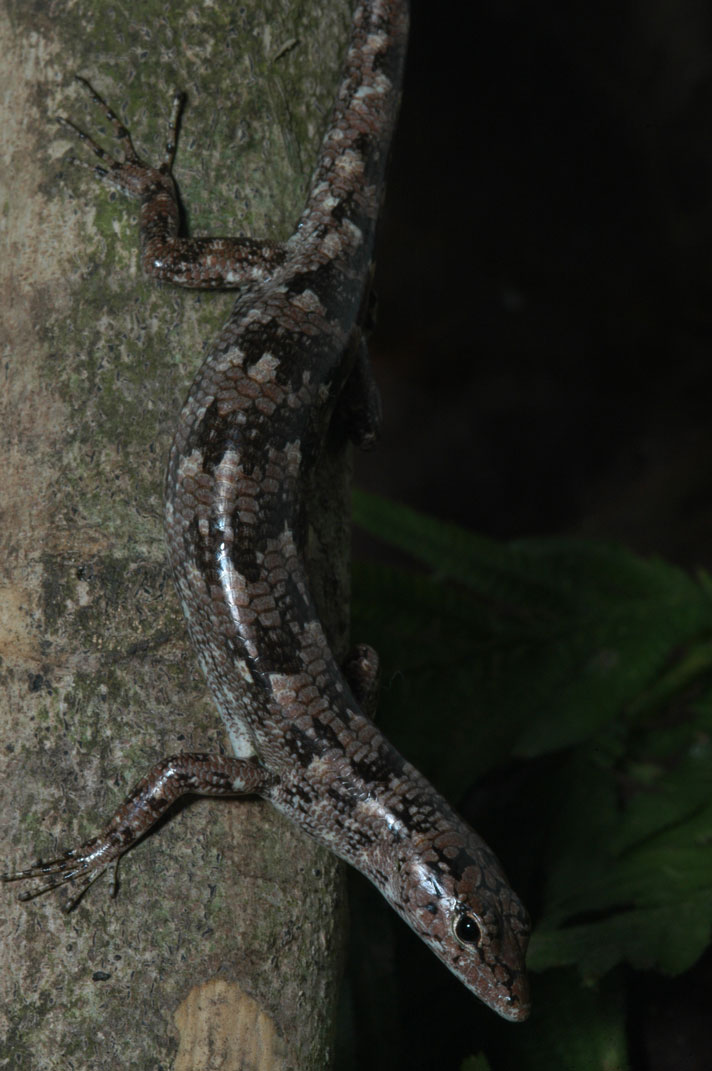 Prasinohaema semoni, a green-blooded lizard from the lowlands of Papua New Guinea. Note this lizard is not green in outward coloration even though its blood, bones, and muscles are lime-green in coloration.

“We were excited by the complex history of these animals and surprised by the breadth of green-blooded lineages across lizards,” Rodriguez said.

The green blood in these reptiles may have an adaptive value, the researchers note, as other animals that also have higher levels of bile pigments, such as certain fish, frogs, and insects, have benefited from these pigments, as studies have shown that they act like antioxidant scavenging free radicals and can also prevent disease during in vitro fertilization. It is not known what role that these pigments play in the lizards, however.

Study co-author Susan Perkins, curator and professor at the Sackler Institute for Comparative Genomics and the Division of Invertebrate Zoology, American Museum of Natural History, noted that a similar liver pigment in humans, bilirubin, is toxic to malaria parasites.

“The green-blooded skinks of New Guinea are fascinating to me as a parasitologist because a similar liver product, bilirubin, is known to be toxic to human malaria parasites,” Perkins said. “Ongoing work with the Austin lab examines the potential effect of the green blood pigment on malaria and other parasites that infect these lizards.”