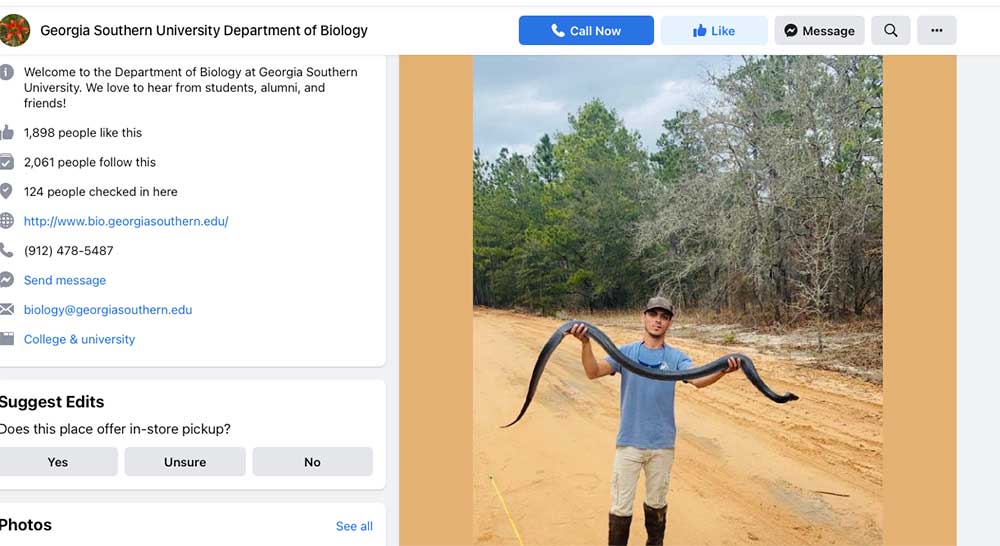 Biologists with Georgia Southern University Department of Biology who work with the species photographed the specimen at Fort Stewart. Photo by Dee Mincey

This specimen is the largest Eastern indigo snake measured in Georgia in years.

Biologists with Georgia Southern University Department of Biology who work with the species photographed the specimen at Fort Stewart.

Biologists with Georgia Southern University Department of Biology were working out at Fort Stewart when they came across what apparently is the longest Eastern indigo snake measured in the state in a long time. The biologists, who have been working with the species on a regular basis, are part of a group that monitors this species’ populations.

The individual snake is a robust specimen at nearly 8 feet in length, and the biologists must’ve been certainly happy to come across this fine specimen. Eastern indigos are one of the most beautiful native snakes in the United States and are especially known to eat venomous snakes.

The species is currently found only in Florida and Georgia. Efforts are being made to reintroduce the reptile into Alabama. Captive release efforts took place in the 1970s, according to the Orianne Society, with specimens released in Mississippi, Alabama, Florida, Georgia, and South Carolina. However, those efforts were not successfully in establishing new populations in those states.