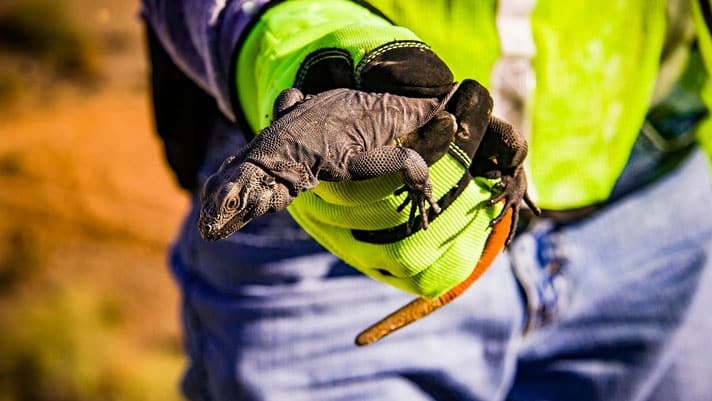 The chuckwallas were released at the Arizona South Mountain Park/Preserve

Chuckwallas in the path of a Phoenix freeway project have been safely removed out of harms way and placed in a nature preserve, away from those who hunt them. 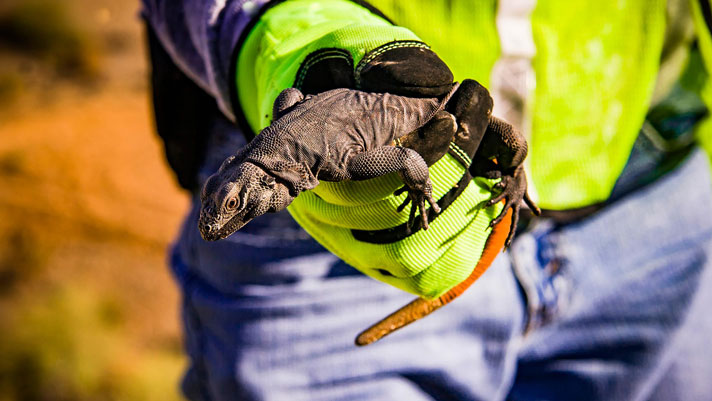 The chuckwallas were released at the Arizona South Mountain Park/Preserve.

Since last fall, the Arizona Game and Fish Department and the Arizona Department of Transportation have relocated 160 chuckwallas (Sauromalus sp.) from the path of the freeway to the South Mountain Park/Preserve, where the reptiles are protected from hunters.

Game and Fish herpetologist Daniel Leavitt told Arizona Public Media that the preserve was thrilled to take the large lizards.

“They said, ‘Yeah, we’d love to get wildlife from anywhere,’ so especially downslope. So, it was a great opportunity to keep them within their population and to keep them out of the right of way.”

Chuckwallas are of the Iguanidae family and grow to about 14 to 20 inches. Like the green iguana, chuckwallas are vegetarians and obtain nearly all their water from the plants that they eat. They are native to the southwestern United States and northwestern Mexico and can live more than 20 years.