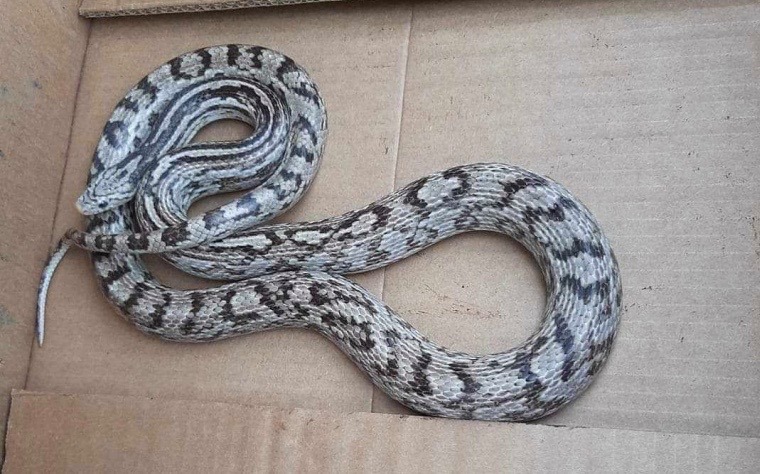 The corn snake morph was inadvertently released into the wild.

Someone mistakenly released a pet corn snake in Canada’s Pittock Conservation area and the Upper Thames River Conservation Authority is hoping that if someone sees it they will notify the authority so it can be captured.

UPDATE: We have been provided additional information that a caring individual, with the snake's best interest at heart,…

Posted by Upper Thames River Conservation Authority on Friday, May 1, 2020

“We have been provided additional information that a caring individual, with the snake's best interest at heart, misidentified the snake after locating it in the city,” the Upper Thames River Conservation Authority wrote on Facebook. “Thinking it was a native snake species and wanting it out of harm's way, it was released in a rural area outside of Pittock Conservation Area. Since nearby Pittock CA maintains a large natural area, there is a chance it may make its way into the park. If observed within or adjacent to Pittock CA, or elsewhere, let us know. Again, this snake can not and will not harm you or your pets, it is a shy and harmless species.”

The conservation authority thinks the snake either escaped its enclosure or may have been abandoned by its previous owner in someone’s yard. The snake was then picked up and released into the Pittock Conservation area.

"The reason we do not want this animal in the wild is because there is always a chance that pets of any kind can carry an illness that could be transmitted to our native wildlife. Even dogs and cats can potentially carry pathogens dangerous to wildlife," Scott Gillingwater, a conservation authority biologist, told the Woodstock Sentinel Review.

If you or someone you know sees the reptile, record the location in which it was observed and contact the biologist Scott Gillingwater at gillingwaters@thamesriver.on.ca.

The corn snake Pantherophis guttatus (Elaphe guttata) is one of the most popular snakes among reptile keepers, especially with those new to the hobby. They are generally docile snakes and come in a variety of different color patterns, or morphs. They are fairly easy to keep and make excellent animals for the first-time snake keeper.