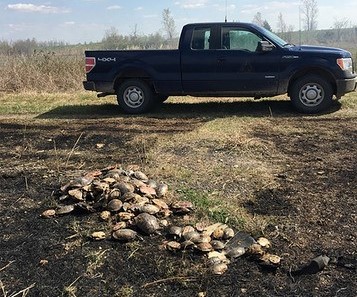 If you have any information regarding the illegal poaching of these turtles, the department is offering a $1,000 reward leading to an arrest in this case.

A wildfire in the Missouri town of Hayti has led to the discovery of a dumpsite of poached turtles, and the Missouri Department of Conservation (MDC) is seeking the public’s help in solving the crime. Firefighters with the Hayti Fire Department reported the find after they had battled a wildfire last week. 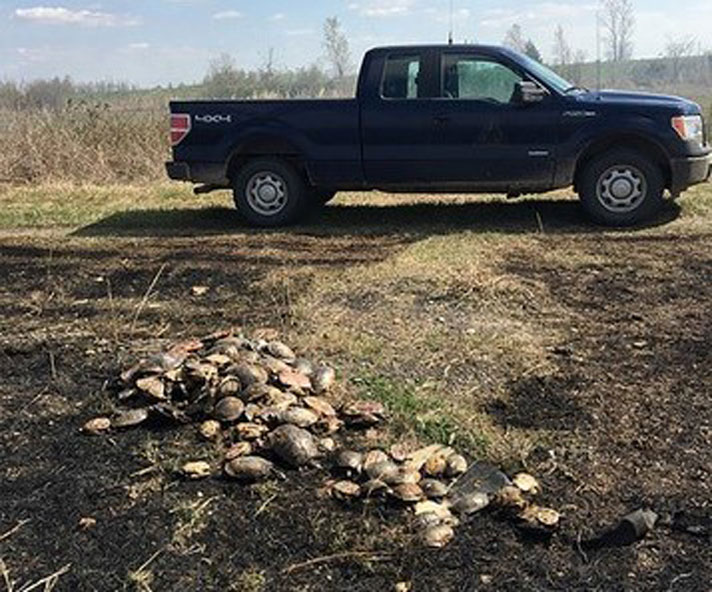 If you have any information regarding the illegal poaching of these turtles, the department is offering a $1,000 reward leading to an arrest in this case.

Missouri Conservation Agent Brian Shelton, who is investigating the crime says it was one of the worst cases of poaching he had seen.

“This dump site is, without a doubt, the most egregious turtle poaching incident that I have seen in my career,” Shelton said in a statement released by the Missouri Department of Conservation. “I’m appalled that anyone would have this kind of disregard for our wildlife here in the Bootheel.”

If you have any information regarding the illegal poaching of these reptiles, the department is offering a $1,000 reward leading to an arrest in this case. Anyone with information is urged to call the state’s Operation Game Thief Hotline at 1-800-392-1111, or Agent Shelton directly at (573)757-8357 or https://mdc.mo.gov/

The red-eared slider is one of the most popular pet turtles. This semi-aquatic turtle can live more than 40 years and can be found from Louisiana to Michigan and west to Texas, Oklahoma, and Kansas. Common snapping turtles are native through much of eastern North America, ranging from Florida up to Ontario and Quebec and west to Kansas and south to Central America. There are four subspecies, with two in Central America and the “common” snapping turtle (C. s. serpentina) occurring in the eastern U.S. and the Florida snapping turtle (C. s. osceola) found on the Florida peninsula.