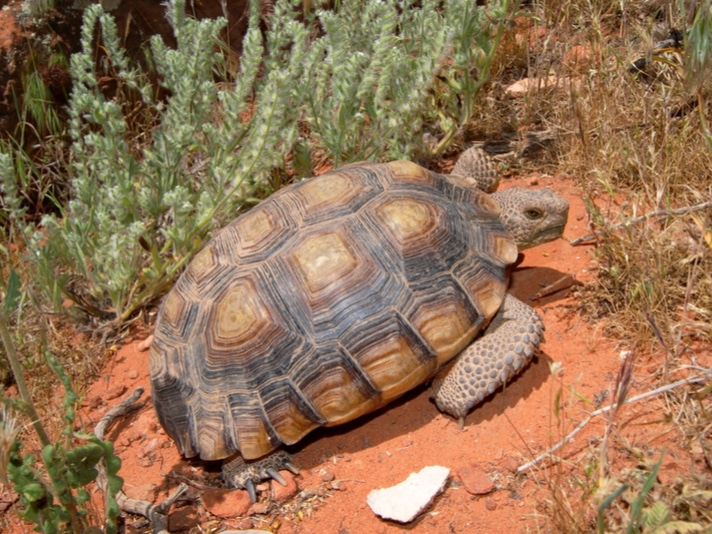 Desert tortoise  (Gopherus agassizii) populations in California are getting a helping hand from the U.S. Military, San Diego Zoo Global and the U.S. Geological Survey in part due to continued population declines, even though the reptile was listed as threatened in 1990. 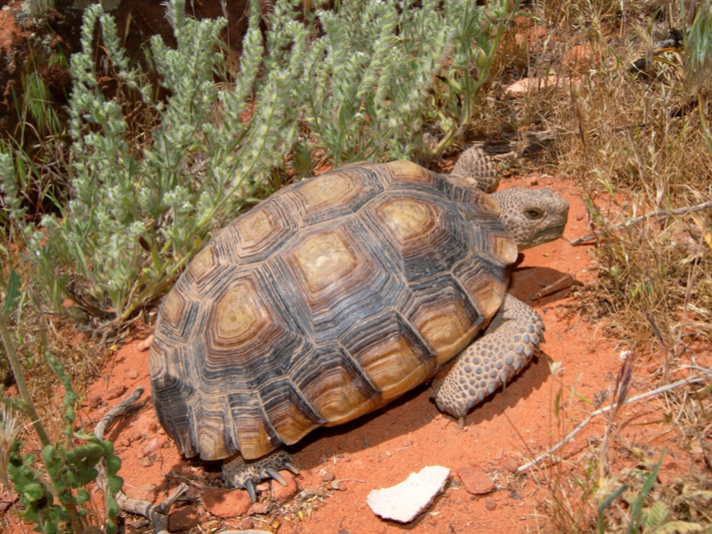 In an effort to strengthen the native tortoise populations in the state, the consortium will conduct captive breeding programs to head start the species as well as conduct research on the translocations of the species.

“If the population continues to decline the desert tortoise will change from being listed as threatened to endangered, which means it will be in serious danger of becoming extinct throughout all or a portion of its range.” Wesley King, a biological scientist with the 412th Civil Engineer Group, Environmental Management Division, said in a news release put out by Edwards Air Force Base, a key location for the group's captive breeding efforts.

Desert tortoises will continue to be captive bred at the Air Force base where they have been since 2002. The effort, made with nearly $1 million from the San Diego Zoo Global and the U.S. Geological Survey and the California Energy Commission will continue the effort started in 2002.

“Head-starting increases the likelihood of survival of newly hatched tortoises by providing a controlled environment protected from predators during their most vulnerable stage of development,” King said. When the desert tortoise has grown to a size where survival is more probable, it is then released into the natural desert environment.”

The hatchling tortoises will spend their first few years in grow out pens designed to mimic their natural environment. They will then be tagged and released in 2020. The transmitters will enable researchers to monitor the tortoises on a monthly basis and to determine where each tortoise may be fairly accurately, according to King, and will help researchers to understand one of the most important elements of the program, tortoise mortality.

“On Edwards AFB we take desert tortoise conservation very seriously and the Environmental Management Division takes a proactive stance on protecting this delicate species,” King said.“Being a military installation, we are able to provide additional protections for the tortoise that would not be possible on other publicly accessible lands, and lands where large-scale development occurs on a regular basis. This is an additional benefit of hosting this program on our base.”