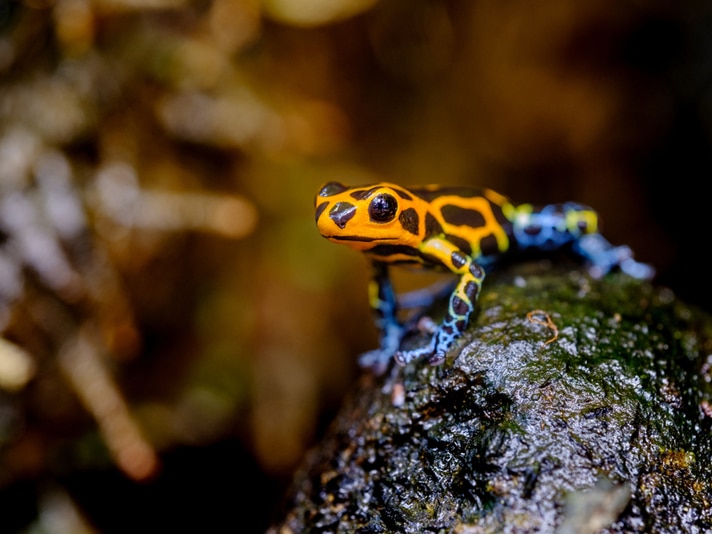 Ranitomeya imitator, a poison dart frog native to Peru is evolving right before our eyes into two distinct species, according to a paper published in

Ranitomeya imitator, a poison dart frog native to Peru is evolving right before our eyes into two distinct species, according to a paper published in Nature Communications. The frog is known to mimic two other species of dart frog and could be the first vertebrate species to be observed by science to split into two species due to mimicry, according to National Geographic. Those frogs are the splash-back poison frog (R. variabilis) and the red-headed poison frog (R. fantastica). 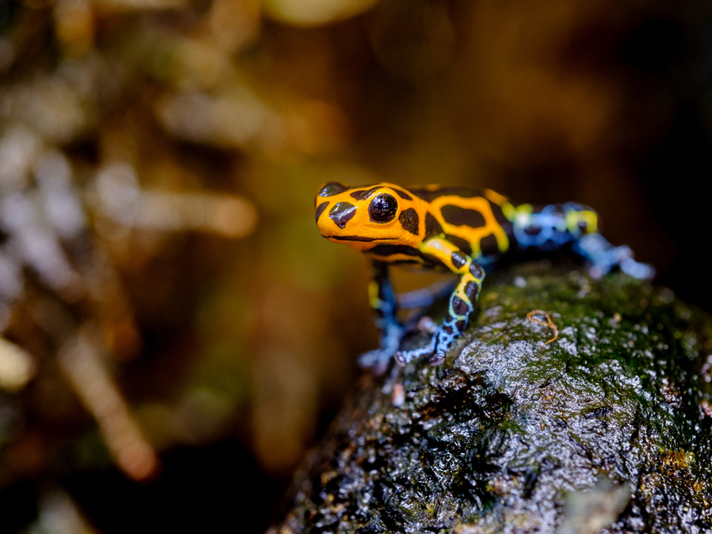 The scientists have run experiments on the frog population in Peru and have found that the frogs are already wary of interbreeding with one another. The scientists say this could lead to speciation, or the creation of a new species, within the next couple of thousand years, according to Kyle Summers, an evolutionary biologist at East Carolina University in Greenville and a co-author of the study.

Summers said that the frogs may have realized some sort of negative effects with breeding with the wrong morph. It could be that the offspring don’t share the same look that protects the frogs from predators, but the scientists are not certain.

“The mate choice trials we conducted were done using actual frogs, so it is possible that the mating preference was based on some other, less obvious cue,” Evan Twomey, lead author of the study and a Ph.D student in Summers’ lab told the Press Herald. “It would be very interesting to follow up this study with an experiment to determine if color alone is responsible for the mating preferences we observed.”

The scientists say that the frog’s capability to imitate other frogs is driving the genetic split because the two morphs can tell each other apart based on their colorations and patterns.