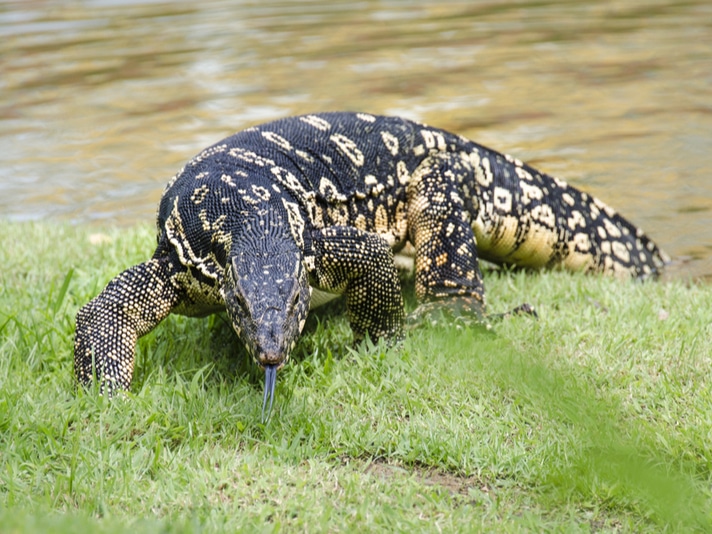 Rampant deforestation in Borneo and Sabah to make way for palm oil plantations has displaced many animals, from orangutans to birds, but one of the unintended consequences on the island of Borneo is the proliferation of the Southeast Asian water monitor (Varanus salvator macromaculatus)  in these former forests. 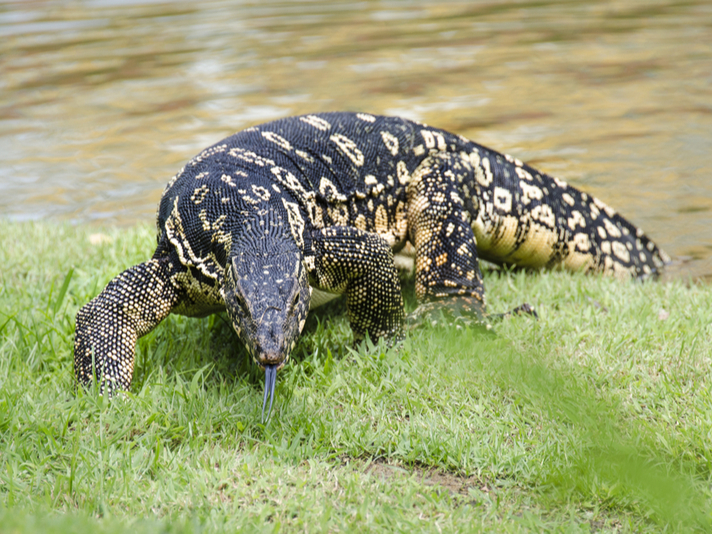 These reptiles are actually adapting in the areas decimated by logging and forest conversion due in part to their scavenger lifestyle, according to a study in the PLOS One Journal. In fact, according to the study, the more that the land is disturbed by man, the more water monitors were found. And as the researchers moved away from the plantations and closer to pristine forests, the number of water monitors decreased, Joshua P. Twining a Ph.D. candidate and the lead author of the study wrote in The Conversation.

Why the change? Twining speculate that because the lizard has a varied diet (small invertebrates to amphibians, mammals, birds, and even other water monitors, they also eat a host of other items that are not traditionally a staple part of their diet, including such things as instant noodle wrappers and porcupine spines.

“These “dragons” have a phenomenal ability to eat almost anything that can fit inside their stomachs,” Twining wrote in the Conversation. “Their diet includes small invertebrates, crustaceans and amphibians through to larger mammals, birds and their eggs. They’ll even eat other monitors.”

The water monitors have adapted to the plantation lifestyle, dining on food from human garbage sites on the island. But this comes at a cost, according to the authors of the study. While the water monitors that were studied were larger and were in better physical condition than those not occupying palm oil plantations, the sex ratio skewed more in favor of males. Living on the plantation leads to increased parasite loads, the cannibalization of juveniles, reduced overall fitness and conflict. Male water monitors fight.

Twining said that today the lizards appear healthy and is the only large native scavenger that has adapted to plantation life. But they may suffer the same fate as the bears and other animals that were displaced by the oil palm industry.

The complete study, "Increasing land-use intensity reverses the relative occupancy of two quadrupedal scavengers" can be read on the PLOS One Journal website.