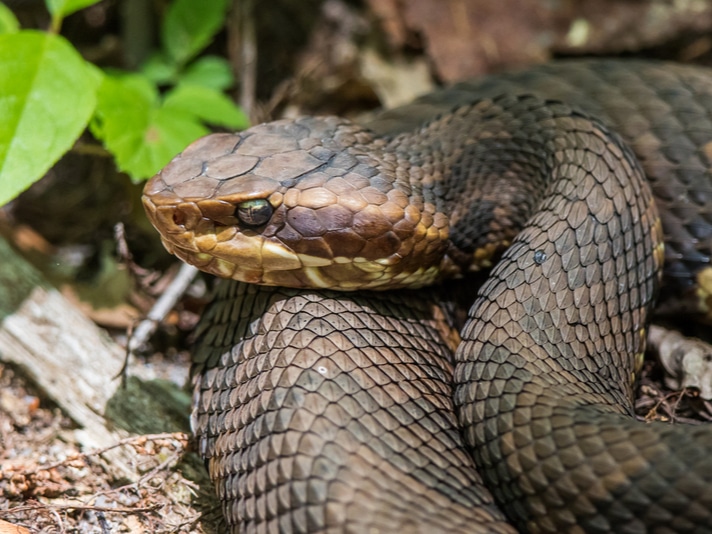 Man Gets Bit By Apparent Venomous Snake, Refuses To Get Treatment And Dies

Not sure what was going through the mind of Gilbert De Leon after he got bit twice by a snake May 22 while wading in the James River in Missouri, but

Not sure what was going through the mind of Gilbert De Leon after he got bit twice by a snake May 22 while wading in the James River in Missouri, but it apparently cost him his life as he refused to go to the hospital to get treatment. That is according to his girlfriend, who pleaded with De Leon to seek treatment.

Christian County Coroner Brad Cole told USA Today that the man got lethargic later that night but still refused to go to the hospital and the next morning, De Leon’s girlfriend found him dead.

"His girlfriend reported that he yelled he'd been bitten by a snake and got out of the river to find he'd been bitten twice — once on each leg," Cole said. "I'm not sure what kind of snake bit him, but the only venomous water snake I'm aware of is a cottonmouth (Agkistrodon piscivorus piscivorus). It could have been something else, but we just don't know."

Cole said the bite marks were about 3/4 of an inch wide and suspects the man died from the bites. Although Cole suspects De Leon died of the snake bites, lab results were sent out that will test for drug or alcohol overdose for a more definitive answer.

"The lab won't tell us anything about a snake bite, but it will say if there was a drug overdose or alcohol overdose. However, I didn't find anything else that looked to me like the cause of death was anything other than a snake bite."
Missouri is home to five venomous snake species. The cottonmouth is the only one that can be regularly found in bodies of water.