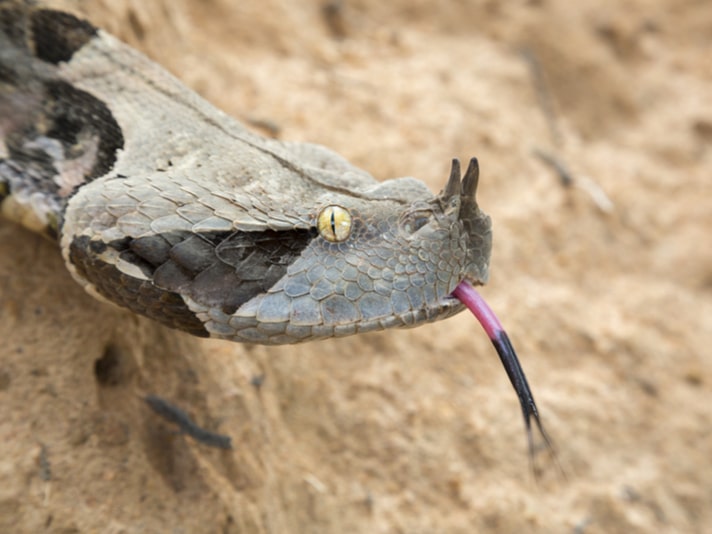 Child services were notified that venomous snakes were kept in the home.

Police in Jacksonville, GA responded to a drug tip and, upon inspecting a Georgia man’s home, it was discovered that the man was illegally housing two gaboon vipers (Bitis gabonica) and a king cobra (Ophiophagus hannah). Gaboon vipers have the largest fangs in the viper family, and they have an extremely potent venom. The animals were found in his home and even near a baby’s crib. Police charged the man and child services were notified. The charges were not yet specified as of press time. His name has not been released. 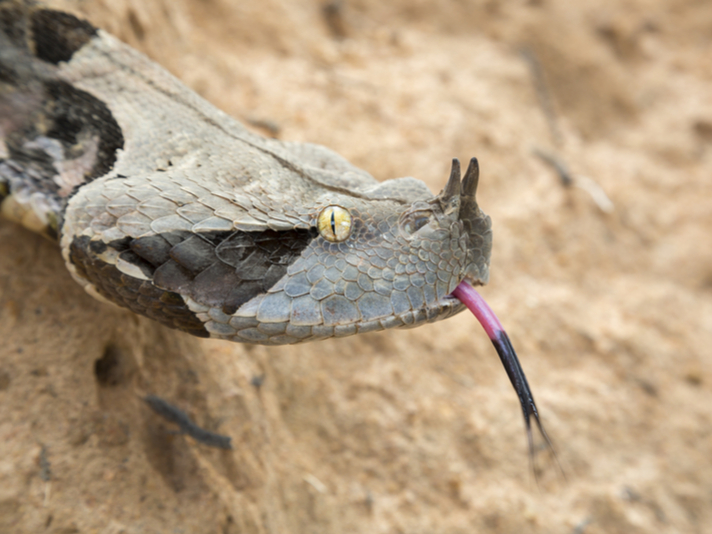 Gaboon vipers have the largest fangs in the viper family.

Venomous snakes are beautiful reptiles that can be extremely dangerous. Although venom intensity is species specific, many are fatal and many years are needed before interacting with them. Because of this, special permitting is required to own these animals in many states within the US, including Georgia.

Permitting for venomous snakes has gotten much more strict in states like Florida, where law enforcement inspection and hundreds of hours of experience are now involved to be legally permitted. Venomous reptilekeeping  is becoming smaller and smaller in terms of who is able to own venomous snakes. While some states have no permitting requirements at all, others have laws that are becoming more strict. Being a responsible keeper means following the law when wanting to acquire beautiful and deadly reptiles. Owning venomous snakes is important for conservation projects and potential medical treatments.