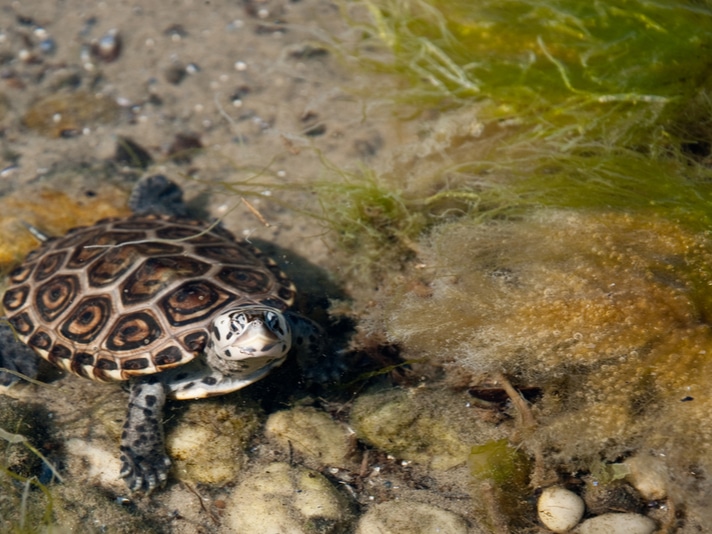 Hundreds of diamondback terrapins (Malaclemys terrapin) have been washing up dead on beaches near Jamesport and Flanders Bay in Long Island, NY&n

Hundreds of diamondback terrapins (Malaclemys terrapin) have been washing up dead on beaches near Jamesport and Flanders Bay in Long Island, NY  and authorities are at a loss as to why the die off is occurring. The dead turtles were first reported April 21, with one woman calling Jim Divan, Riverhead Town Bay Constable saying that her daughter had counted more than 100 dead turtles on the beach. Karen Testa, executive director of Jamesport-based Turtle Rescue of the Hamptons said that she has been getting calls about dead turtles everyday and so far has collected the bodies of 50 terrapins in the last month. 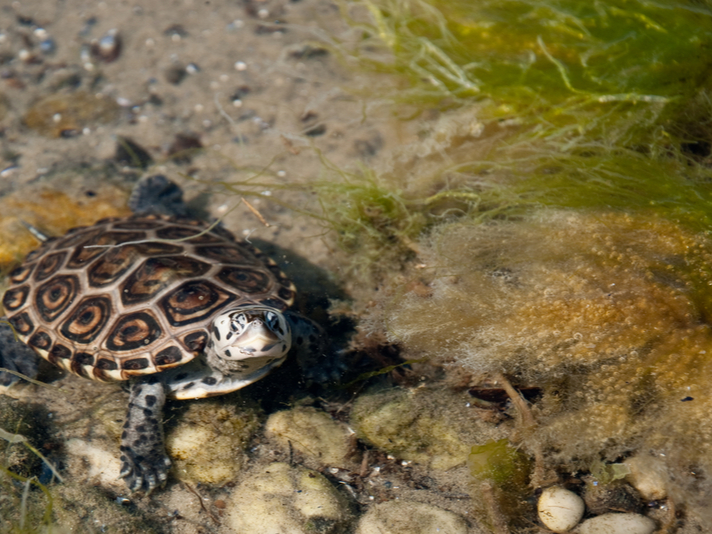 Testa told Riverhead Local that what she collected is just the tip of the iceberg and speculates that there may be hundreds  more that  have sinked to the bottom or have washed up on beaches and nobody has yet found them. The dead turtles collected by Turtle Rescue of the Hamptons have been sent to a pathologist where they will be necropsied.

One local, Kevin McAllister, former head of Peconic Baykeeper organization and founder of Defend H20 thinks that the die off is the result of high levels of the marine biotoxin saxitoxin in shellfish that live in Shinnecock Bay, Meetinghouse Creek and Terry Creek. These areas have been closed to harvesting due to the toxin, which can cause paralytic shellfish poisoning in humans. These shellfish are a main food source for the terrapins, and McAllister thinks that the turtles are consuming them and die due to the poisoning.