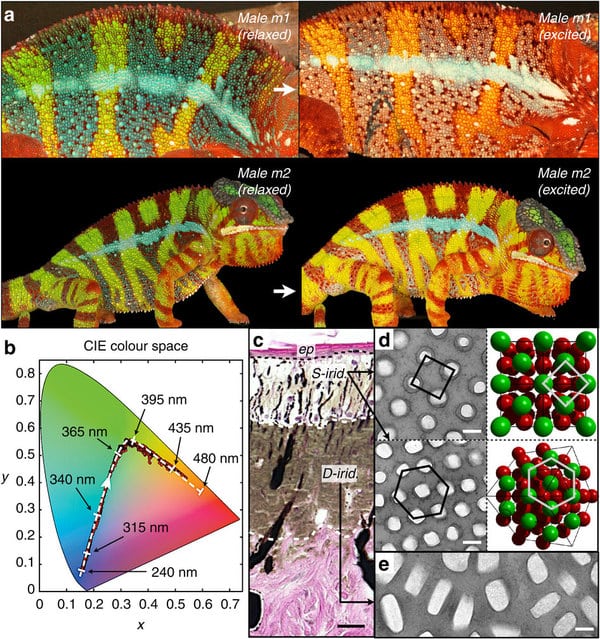 How Does The Panther Chameleon Change Colors?

So you want to know how the panther chameleon (Furcifer pardalis) changes its skin color? Well, scientists at the University of Geneva in Switzerland

So you want to know how the panther chameleon (Furcifer pardalis) changes its skin color? Well, scientists at the University of Geneva in Switzerland wanted to know also, so they researched how the lizard did and wrote a paper on it. In the Nature Communications paper, lead study author Michel Milinkovitch  says that the panther chameleon has two layers of iridophore cells, iridescent cells that are embedded with pigment and also reflect light. These cells are built with nano crystals of varying sizes and shapes and are the building blocks of the chameleon’s capability to change color. 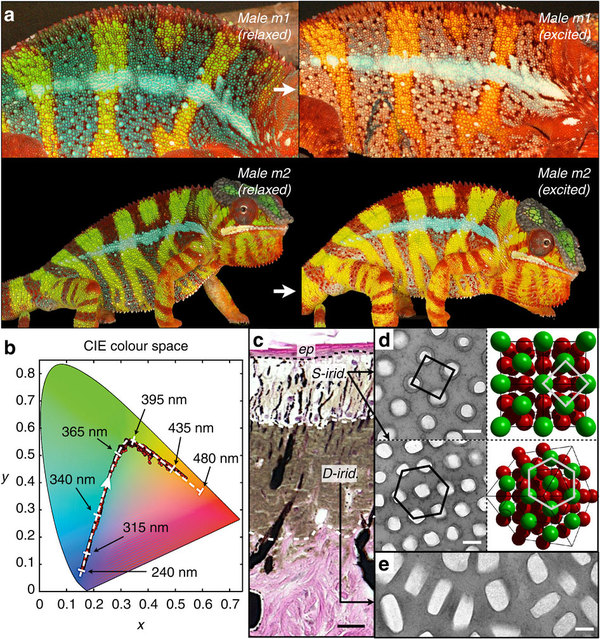 According to the paper, when a male chameleon is not stressed out those cells are in a relaxed state and stay close to each other, but when a male gets excited, such as when another male (or a potentially willing female) comes into the vicinity, the distance between the nano crystals gets further apart, and each cell reflects longer wavelengths, effectively changing the colors to yellow, red or orange. In a relaxed state the chameleon is mostly green.

The full paper can be downloaded from the Nature Communications website.