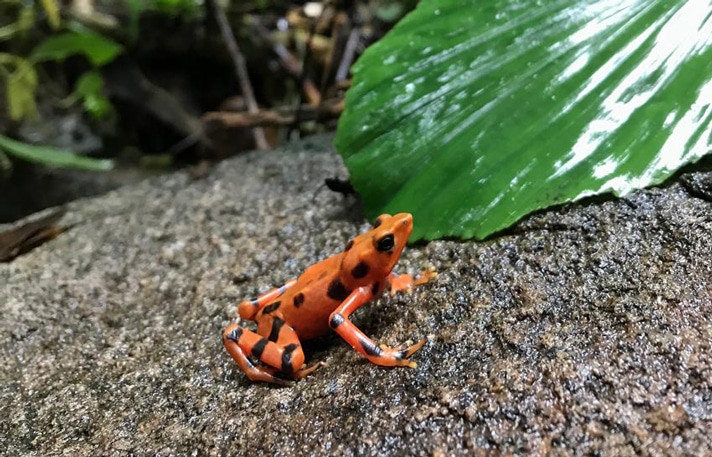 Variable harlequin frogs have been decimated by the chytrid fungus. These 500 released frogs will be observed to understand disease dynamics in relation to the release trials.

Approximately 500 variable harlequin frogs (Atelopus varius), raised in captivity have been released into the wild of Panama’s Colon province as part of First Quantum Minerals’ concession site. First Quantum Minerals is a mining company that, in conjunction with the National Geographic Society, Mohammed bin Zayed Species Conservation Fund and the WoodTiger Fund made the captive breeding and release of the amphibian’s possible. 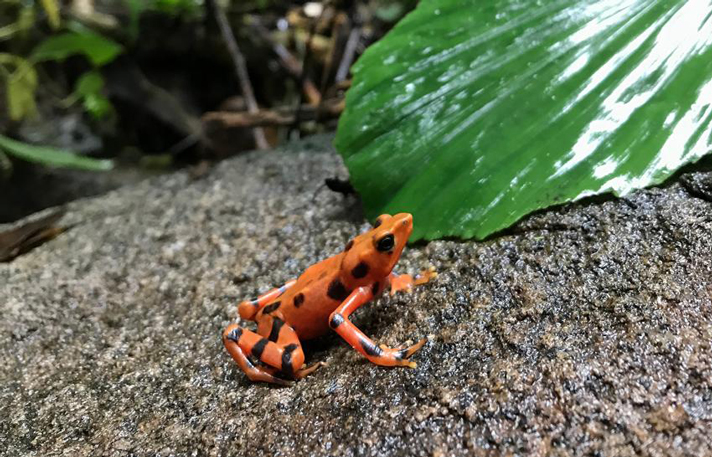 Variable harlequin frogs have been decimated by the chytrid fungus.

“Before we reintroduce frogs into remote areas, we need to learn how they fare in the wild and what we need to do to increase their chances of survival in places where we can monitor them closely,” Brian Gratwicke, international coordinator of the Panama Amphibian Rescue and Conservation project (PARC) at the Smithsonian Conservation Biology Institute said in a statement released by the Smithsonian’s National Zoo.

“Release trials may or may not succeed but the lessons we learn will help us to understand the challenges faced by a frog as it transitions from captivity into the wild.”

The frog is very sensitive to the chytrid fungus that has pushed many frog species to the brink of extinction in Central America. PARC brought several Variable harlequin frogs into the Smithsonian Conservation Biology Institute’s breeding facility as the fungus ravaged wild populations.

“It took us several years to master how to successfully breed these frogs in captivity,” Robert Ibáñez, PARC project director at the Smithsonian Tropical Research Institute in Panama said. “As the number of individuals we have continues to increase, it provides new research opportunities to understand factors influencing survival that will ultimately inform long-term reintroduction strategies.”

The variable harlequin frog was once common  along the highland streams of western Costa Rica and Panama, but has since been decimated by the chytrid fungus caused by Batrachochytrium dendrobatidis.