The Pinta Island Galapagos tortoise was estimated to be 100 years old.

Lonesome George, the last known surviving Galapagos tortoise (C.n.abingdoni) from Pinta Island has died. He was found dead in his Charles Darwin Research Station enclosure on Santa Cruz Island by his keeper of more than 40 years, Fausto Llerena. Scientists estimated him to be about 100 years old, which is not old by Galapagos tortoise standards. They can live up to 200 years. 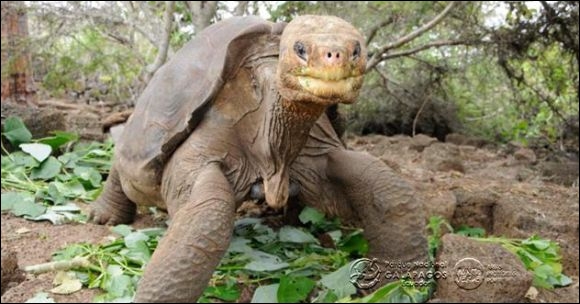 Attempts to breed Lonesome George in the past were unsuccessful. The latest attempt occurred in 2011 when George was placed in the company of two Hood island female Galapagos tortoises (C. n. hoodensis), which also resulted in no offspring. These tortoise remained with George until his demise. 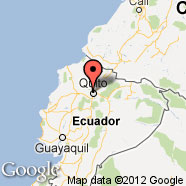 There were an estimated 250,000 Galapagos tortoises in the 16th century. In the 1970s, there were around 3,000 to 6,000 tortoises, their numbers reduced by the introduction of goats as well as hunting by sailors. The numbers of all subspecies of Galapagos tortoises have since risen to more than 19,000.

There is a sliver of hope that Lonesome George's species may not be totally extinct. In 2011, scientists determined that the once thought extinct Chelonoidis elephantopus Galapagos tortoise species that lived on nearby Floreana Island is still living on Isabela Island, based on a 2011 DNA analysis of more than 1,600 tortoises living on Isabela. The paper "Genetic rediscovery of an extinct Galápagos giant tortoise species," and published in the January 10 issue of Current Biology showed the Floreana Island strain breeding with the tortoises on Isabela Island. It is speculated that a Floreana Island tortoise must have been brought over to Isabela at one point in history, perhaps by people who sailed the waters between the islands.

A necropsy will be conducted to determine how Lonesome George died, who has been with the Galapagos National Park since his discovery in 1972, and his body will be embalmed to keep his story alive for those who visit the park.