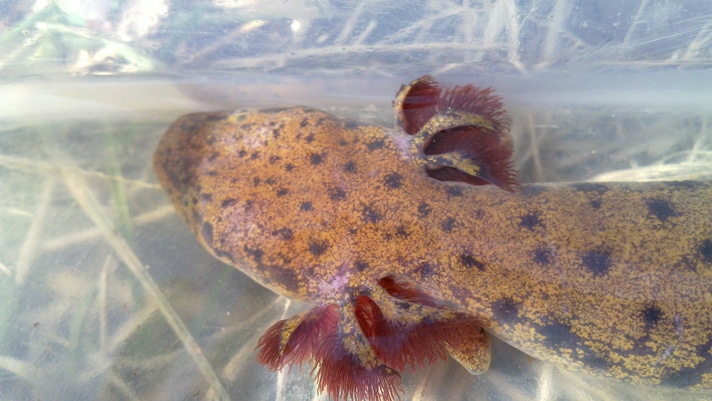 The USFWS was first served a petition to protect the amphibian in 2010 and failed to act on the petition.

The Center for Biological Diversity has filed an intent to sue the U.S. Fish and Wildlife Service for what the center sees as failure to act on petitions to protect the Neuse River waterdog (Necturus lewisi) in North Carolina using the Endangered Species Act. 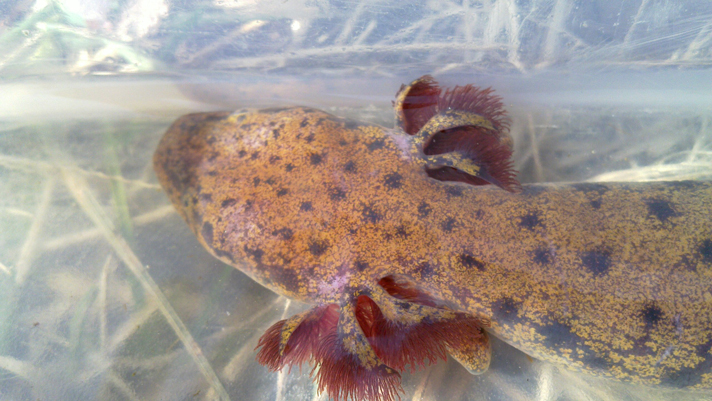 The Neuse River waterdog is an aquatic salamander that never leaves the water and is only found in the Neuse and Tar-Pamlico river basins.

“The Endangered Species Act is incredibly successful at protecting and recovering animals and plants, but it only works if species are actually listed as threatened or endangered,” said Perrin de Jong, North Carolina staff attorney at the Center.

The Neuse River waterdog is an aquatic salamander that never leaves the water and is only found in the Neuse and Tar-Pamlico river basins.  Petitions to protect the salamander were sent to the USFWS in 2010, and by law, the service is supposed to release findings as to whether protections are warranted. It has been seven years without the release of any findings, so the center filed its intent to sue the USFWS.

The Neuse River waterdog grows to about 11 inches in length and sports a reddish brown body with blue and black spots spread randomly. Its limbs are small when compared to other salamanders, and it has four toes on each feet as opposed to five on each back foot. It does not have lungs. It breathes through external gills and requires fresh and clean flowing water. It feeds on aquatic arthropods such as ostracods and copepods, as well as bugs such as hellgrammites, mayflies, and caddisflies. It will also eat crayfish, beetles, caterpillars, as well as snails, spiders, earthworms, centipedes, millipedes, and slugs.