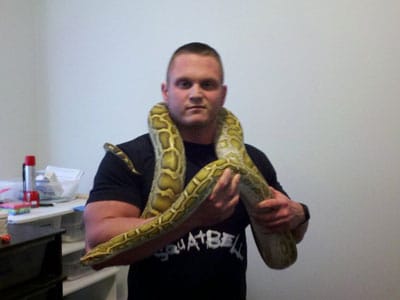 Thompson can double the number of snakes he keeps, but cannot reduce the number by selling them.

While Scott Nellis of Coon Rapids, MN was able to keep his home-based snake breeding business, Kyle Thompson of Ames, IA was not. Thompson was breeding boa constrictors and Burmese pythons and all seemed well until city residents found out he was selling them. The city didn’t object to the type of snakes he was keeping, it was the selling of the reptiles that the city was opposed to.  Thompson was told to apply for a zoning board of adjustment permit, which he did, but the zoning board denied his permit to sell from his home. He could double the number of snakes he keeps, but cannot reduce the number by selling them. 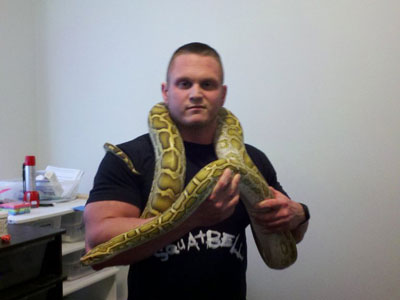 Snake breeder Kyle Thomspon can breed his snakes, he just can't sell them out of his house.

Some residents and neighbors complained to the city and the city denied the permit. According to an Iowa Watchdog news story, an animal control officer in May found out that Thompson was selling the snakes and informed him that he needed a special occupation permit to conduct business out of his home. He applied for the permit with the city and after a home inspection, the city’s department of zoning and housing recommended that Thompson be given the permit. The department also informed his neighbors within 200 yards of his home of the application for the permit, and Thompson submitted signed statements from 12 of his neighbors and his landlord in support of the application.  A city hearing brought in neighbors who quashed any level of support for his business. One woman was afraid one of the snakes would eat her child and another was concerned for the safety of the school children at an elementary school that is located half a mile down the road.  After testimony from the neighbors and from Thompson,  all three board members voted to reject his application for a permit to sell the reptiles.

“Most of the people were objecting to me having the snakes at all, not the business,” Thompson told the paper. He didn't say whether he would move, but he still can breed his snakes.