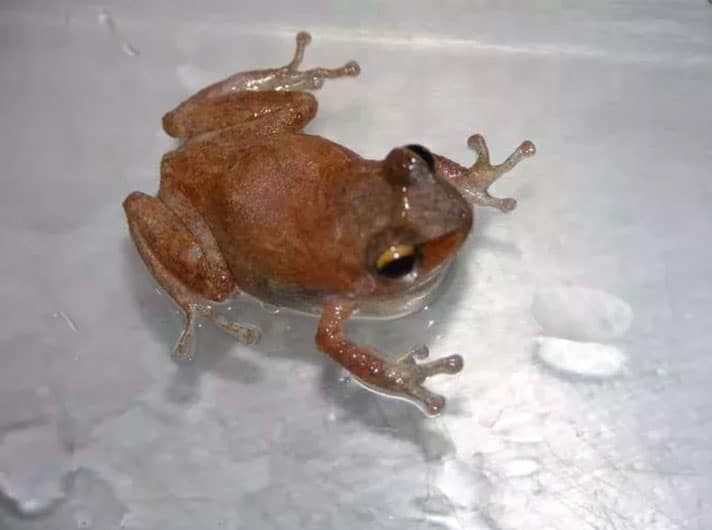 The coqui frog, invasive and reviled in Hawaii, is loved in its native Puerto Rico.

Another coqui frog (Eleutherdactylus coqui), a tiny little amphibian that has a very high pitched mating call, has been found on the Hawaiian island of Molokai. The invasive species, believed to have hitched a ride in some plants from Puerto Rico several decades ago, is already firmly established on Hawaii Island and has been found on Maui, O’ahu and Kauai. This is the 121st coqui frog found on Molokai, according to Hawaii News Now. 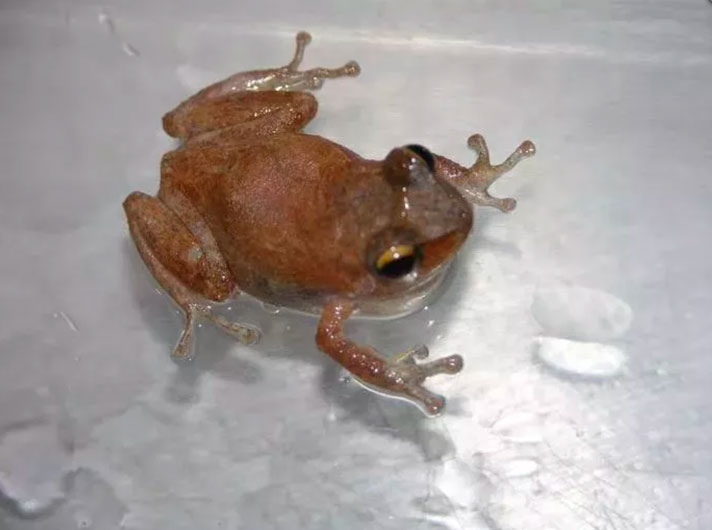 The coqui frog, invasive and reviled in Hawaii, is loved in its native Puerto Rico.

The coqui frog is a threat to Hawaii’s native bird populations and other animals that eat insects and spiders. There are no known predators of the coqui frog in Hawaii and their populations have exploded in the last 15 years.

The frog, which is tiny and can fit on a half dollar coin, is deemed such a threat to the state that it is listed as a rapid response species by the Hawaii Invasive Species Council. It is despised in Hawaii due to its high pitched mating call that can often exceed 85-90 decibels (equivalent to the noise of a gas lawnmower).

The coqui frog is the unofficial territorial symbol of Puerto Rico. The little treefrog is a mottled muddy brown in coloration with a light-gray belly. The males average 34 mm in length from snout to vent, while females average 41 mm. Females lay upward of 40 eggs, four to six times a year during the wet season. They can reproduce starting at around eight months of age. It is estimated that the species has reached 55,000 individuals per hectare in the state of Hawaii, whereas in Puerto Rico, that average is around 24,000.