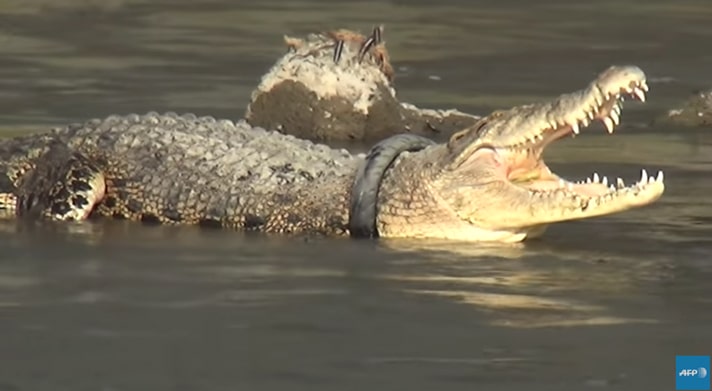 The croc has had a tire around its neck for more than two years.

A saltwater crocodile (Crocodylus porosus) that was spotted with a motorcycle tire around its neck has caught the attention of Indonesian conservation officials, who are working out a plant to capture the reptile and remove the tire from around its neck, the Gulf Times reported. 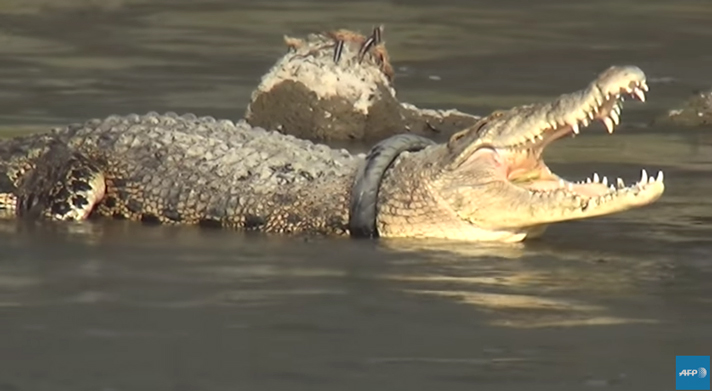 The saltwater crocodile has had a tire around its neck for more than two years.

The crocodile, which measures around 4 meters in length, is on Sulawesi Island in the Indonesian archipelago, and has been seen regularly since 2016, swimming in a river in Palu, the Central Sulawesi capital.

It is speculated that someone placed the tire around the crocodile’s neck in an effort to trap it and keep it captive, but that of course failed.

“In the past year, we saw that there’s still enough room for the crocodile’s neck to move around,” Haruna, head of the local conservation agency told The Gulf Times. Haruna, like many Indonesians, goes by one name. “But we are not going to wait until the tyre strangles the animal. We will rescue it.”

Haruna told the paper that his team has built an iron trap that will be placed in the river at low tide in hopes of capture the reptile so they can remove the obtrusion.

Saltwater crocodiles are the largest reptiles in the world, with some attaining 20 feet in length and weighing 2,200 to 2,600 kg. They are found throughout much of Southeast Asia and the eastern coast of India, inhabiting mangrove swamps, estuaries, deltas, lagoons and other bodies of water. The Philippines housed what was at the time the largest saltwater crocodile in captivity, Lolong, who measured 20 feet in length and weighed 2,370 pounds. Lolong survived less than two years in captivity. He was kept in what amounted to a kiddie pool and the mayor of the town which Lolong was put on display regarded the reptile as his personal property, charging 20 pesos a day to view the doomed reptile.