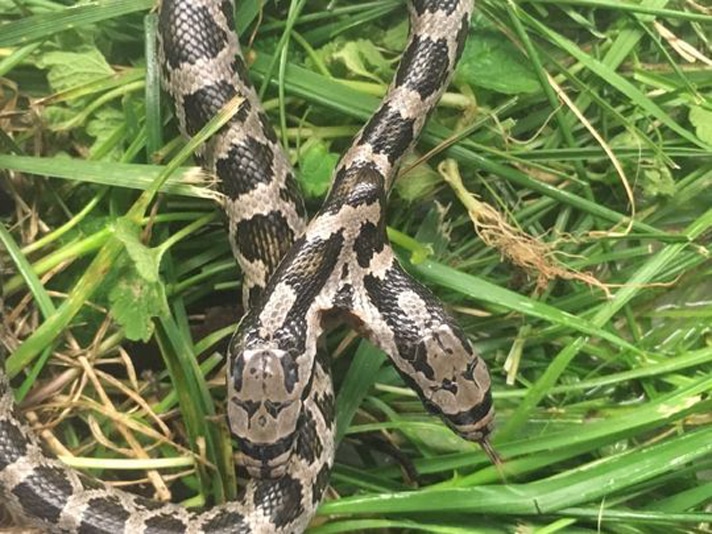 A two-headed rat snake (Elaphe sp.) that was almost killed because the teen who spotted it first thought it was a copperhead, was instead captured and is now living in an interpretive center in Missouri. 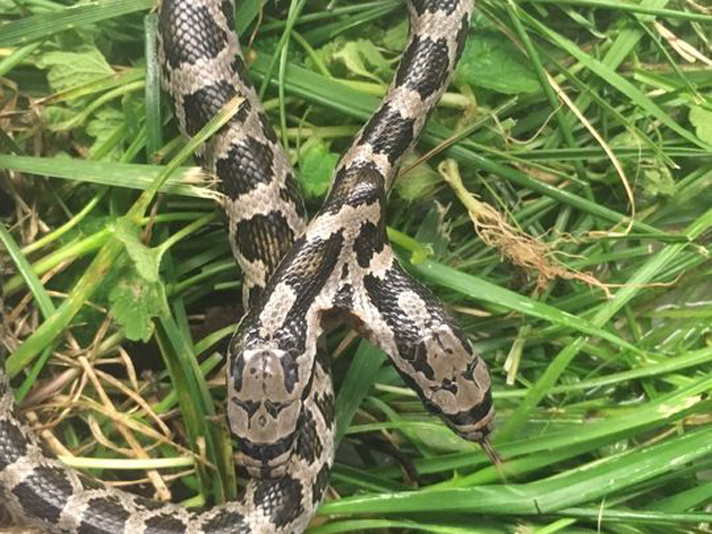 The teenager, Terry Lowery, first spotted the reptile and took a second look at it, and with the help of the Internet, found that the snake was not a copperhead, but was a non-venomous black rat snake, one of the most popular captive bred snakes among reptile keepers.

Lowery contacted the Dickerson Park Zoo, but it couldn’t take the two-headed snake in, so it went to the Shepherd of the Hills Hatchery on the condition it would be available for the public to see. It was put on display January 12.

"They were going to kill it, but those two heads saved it," John Miller, hatchery manager at the Missouri Department of Conservation told the Springfield News Leader. "It's a cutie. When it's full grown it can get up to 6 feet long." Miller said that the still young snake was having some difficulty moving about, as one head wanted to go a different way from the other. Miller did successfully feed both heads, so it appears to be healthy.

The next item on the agenda for the two-headed snake? Naming it. The Lowery family have given four possible names, depending on the sex of the reptile. If it is a girl, it will be named Tiger and Lily. If a boy, they will be named Jeff and Jeffrey.