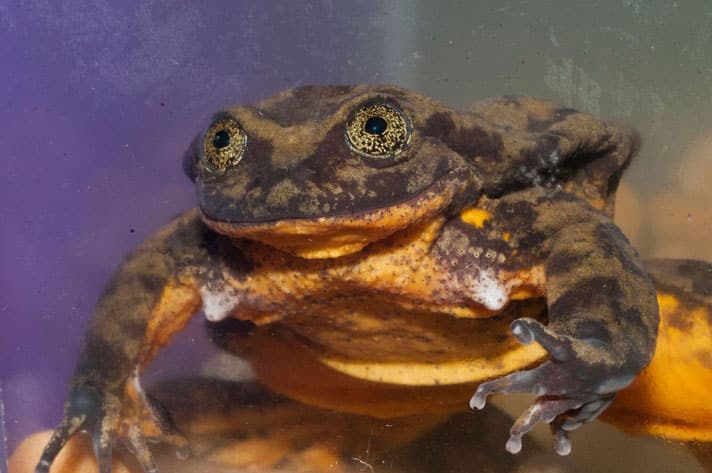 Romeo, The Last Frog Of His Species Seeks Mate Through Match.com

Romeo, a Sehuencas water frog (Telmatobius yuracare) a native of Bolivia, and what scientists think is the last of his species, is looking for a mate in the hope that he can breed and help to save his species. 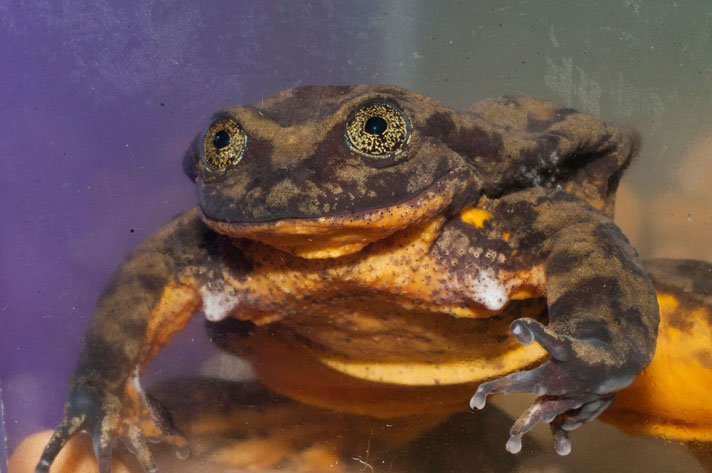 The fully aquatic frog, who has been in captivity for 10 years, has been living in an enclosure inside a shipping container that was converted into an amphibian ark at the Museo de Historia Natural Alcide d’Orbigny in Cochabamba City, Bolivia.

Global Wildlife Conservation and Match.com are hoping to raise $15,000 by Valentine’s Day in an effort to help the Bolivian Amphibian Initiative’s 10 herping expeditions that will hopefully find Sehuencas water frogs. The expedition will search in known locations where the species once existed as well as other places where habitat would be suitable for the frogs. The monies raised will help pay for frog collecting equipment such as headlamps, transportation and the hiring of guides, among other provisions.

Match.com will match donations up to Valentine’s Day.

“When biologists collected Romeo 10 years ago, we knew the Sehuencas water frog, like other amphibians in Bolivia, was in trouble, but we had no idea we wouldn’t be able to find a single other individual in all this time,” said Arturo Muñoz, founder of the Bolivian Amphibian Initiative and GWC associate conservation scientist. “Romeo started to call for a mate about a year after he was brought into captivity, but those calls have slowed in the last few years. We don’t want him to lose hope, and we continue to remain hopeful that others are out there so we can establish a conservation breeding program to save this species.”

Muñoz describes the amphibian as a shy guy who likes to hide under rocks, only coming out during feeding time. Let’s all hope that Romeo finds a mate soon, because the Bolivian government plans to build a dam in one of the known habitats for this species, according to the Bolivian Amphibian Initiative.

You can view the Match.com profile of Romeo here.