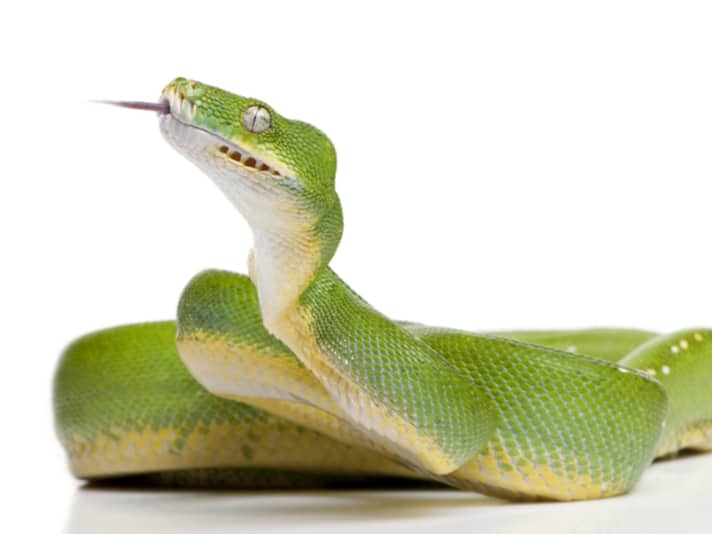 Dr. Joshua Llinas, of HerpVet in Mt. Ommaney in Queensland, Australia fixed the jaw of Toothless after she damaged it while feeding.

A herp veterinarian in Australia helped save a green tree python (Morelia viridis) with a broken jaw with a paper clip and some super glue. Dr. Joshua Llinas, of HerpVet in Mt Ommaney in Queensland, Australia, wrote on the HerpVet Facebook page that Toothless, came into the clinic with a damaged mouth after a feeding mishap.

Posted by HerpVet on Saturday, September 8, 2018

As she was swallowing the prey item, the snake's lower jaw folded and became stuck on her throat, HerpVet wrote on Facebook. The snake had just laid eggs and it was the first feeding after and it was suspected her jaw was weakened.

An x-ray was taken and Dr. Llinas determined that the bone was too small to fix with traditional surgery, so he devised an external brace using a moulded paper clip and aligned it with the bone. When that first brace fell off, he reapplied it to the reptile, and with some help from superglue and some tape, was able to safely stabilize the bone. 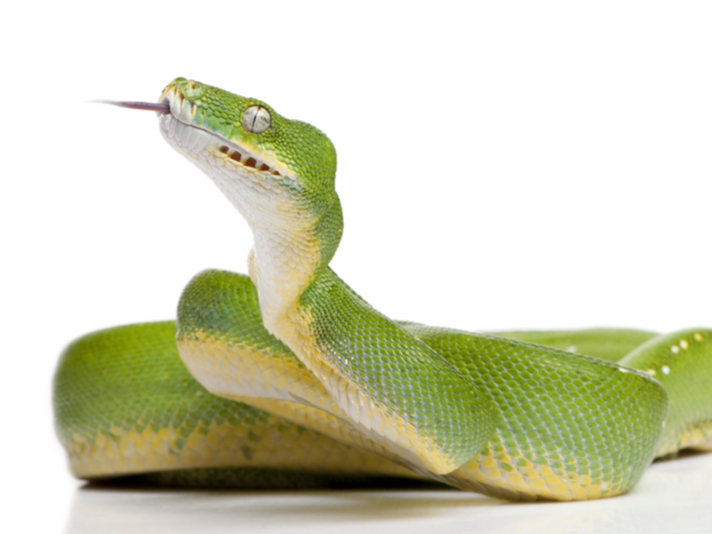 The green tree python is native to New Guinea, Indonesia, and Cape York in Australia.

"I roughed the rubber in the paperclip and the superficial epidermis," Llinas wrote on Facebook. "This allowed the superglue to bind better and allowed shedding to occur to slough the paper clip. You can also suture it." Llinas also noted that he also used some adhesive tape, which also helped.

Toothless shed her skin, sloughing off the paper clip and the superglue in the process, and was also given some pain medication and a calcium supplement to help with the healing. She appears to have gone through the ordeal well, with just a single scale missing on her lower jaw.