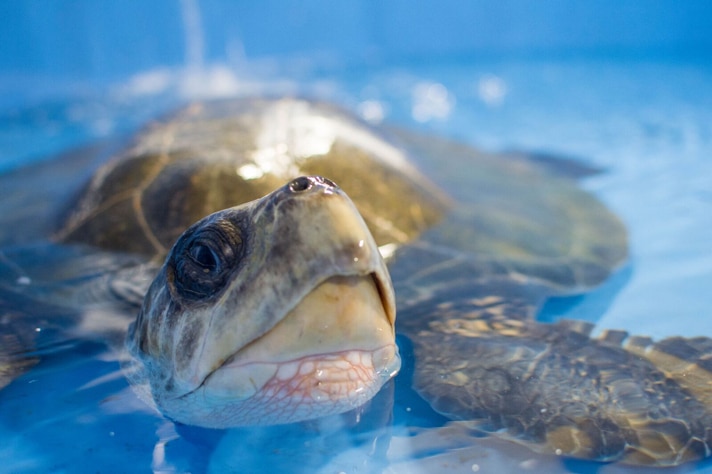 In spite of the best efforts by staff at the Oregon Coast Aquarium, Turkey died January 8.

An olive ridley sea turtle (Lepidochelys olivacea) that was found cold-stunned on an Oregon beach on Thanksgiving day 2017 has died. 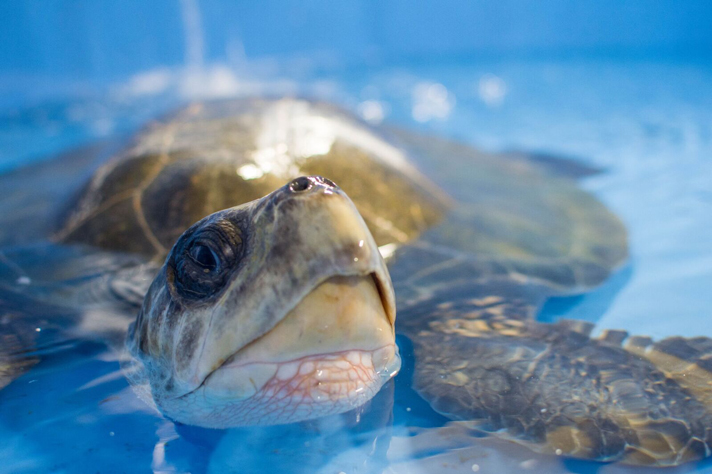 Turkey had a severely compromised immune system and other medical issues when she died.

Aquarium personnel wrote on in a blog post that staff at the aquarium had monitored her condition around the clock and efforts to feed her  were largely unsuccessful despite trying to feed her three times a day over the last several weeks.

Her vitals were checked continuously and despite this, her immune system was very weak, according to the aquarium.

Oregon State University conducted a necropsy opn the turtle and confirmed that she had a systemic bacterial infection brought on by her weak immune system.

Turkey was far from her natural habitat, as sea turtles only appear on the beaches of Oregon and Washington as strandings. The aquarium had recent success with the rehabilitation and release of Lightning and Solstice, also female olive ridley sea turtles, that were found stranded in the Pacific Northwest. Their movements are being tracked on the aquarium’s website. You can follow Lightning and Solstice here.