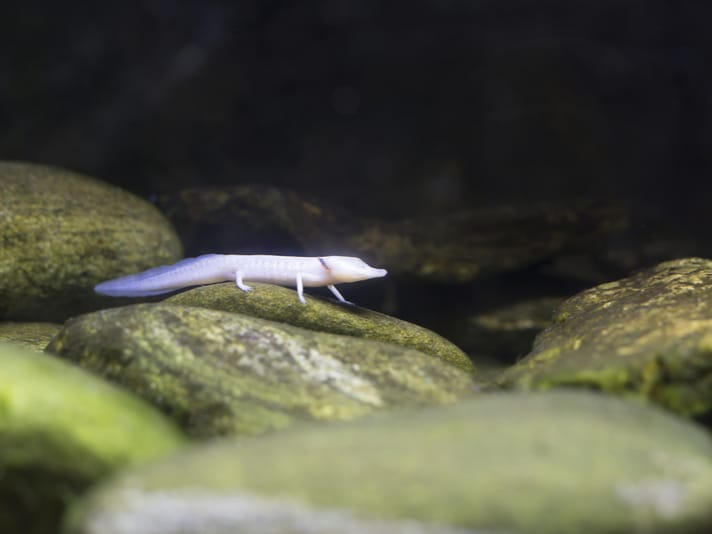 Were 250 to 300 Salamanders Stolen Or Eaten From a Texas Aquatic Resource Center?

Officials are baffled at the disappearance of so many salamanders.

How did 300 or so salamanders disappear from their tanks at the San Marcos Aquatic Resources Center, a place where they are supposed to be kept safe in the event of a catastrophe to their populations in the wild?

That is what officials with the facility, and the San Marcos Police Department want to know, because they didn’t just vanish into thin air.

“Given that it’s an ongoing investigation, we don’t have additional information to share at this time,” Lesli Gray, a U.S. Fish and Wildlife Service spokeswoman told My Statesman.

According to My Statesman, about 250 and 300 endangered Texas blind salamanders cannot be accounted for at the San Marcos Aquatic Research Center. The amphibians disappeared over the Thanksgiving holiday and officials aren’t sure if they were stolen or if a predator opened the tops of each of the tanks and ate them.

Not all the salamanders disappeared, but the stock has been reduced dramatically in San Marcos. The nearby city of Austin has its own backup population of about 500 Barton Springs and Austin blind salamanders in the event something like an oil or sewage spill threatens the wild populations in the city, but the disappearance of the San Marcos salamanders has everyone on high alert, according to My Statesman.

“We have a very secure facility right now,” Nathan Bendik, a senior environmental scientist for the city of Austin Watershed Protection Department told My Statesman. “Staff are on heightened alert for anything out of the ordinary, but we feel confident in our security.”

Salamanders in Texas have been designated as endangered species, though one congressman several years ago opposed listing them as doing so could stop develpoment in some cities in Texas.