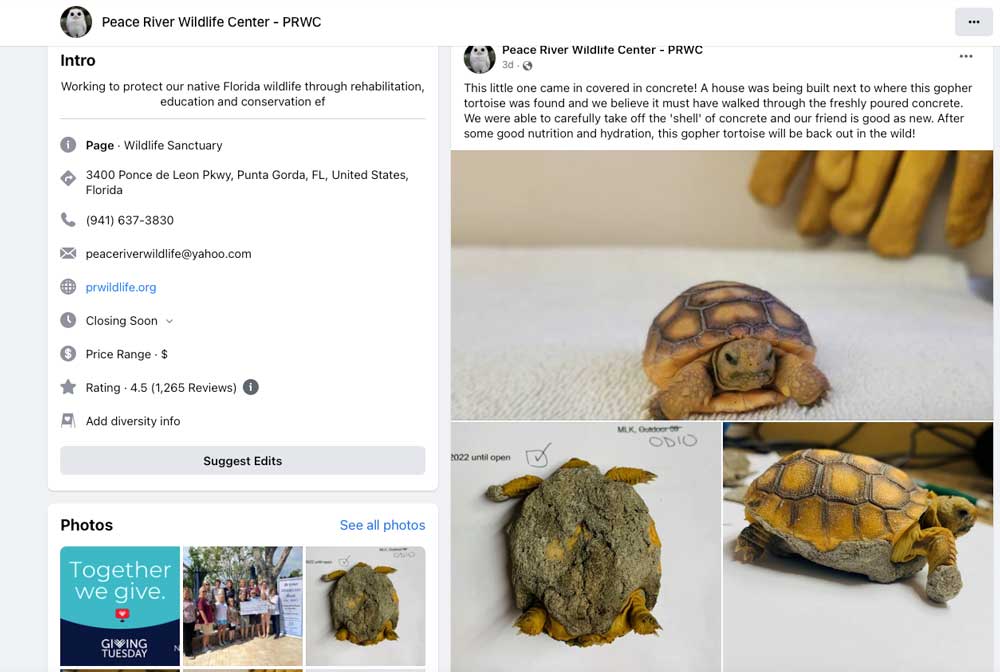 The hatchling tortoise had concrete stuck to its plastron. Screenshot via Facebook/Peace River Wildlife Center.

The tortoise was found next to a house that was being built, and the sanctuary speculates the nest the tortoise came out of was on an adjacent property

A small gopher tortoise (Gopherus polyphemus) that apparently walked through some concrete was taken to the Peace River Wildlife Center in Punta Gorda where it was treated. The hatchling tortoise, which the wildlife sanctuary believes hatched sometime between March and October was covered in concrete that had dried on the tortoise’s plastron and right leg.

“This little one came in covered in concrete! A house was being built next to where this gopher tortoise was found and we believe it must have walked through the freshly poured concrete, the wildlife sanctuary wrote on its Facebook page at the time. “We were able to carefully take off the ‘shell’ of concrete and our friend is good as new. After some good nutrition and hydration, this gopher tortoise will be back out in the wild!” 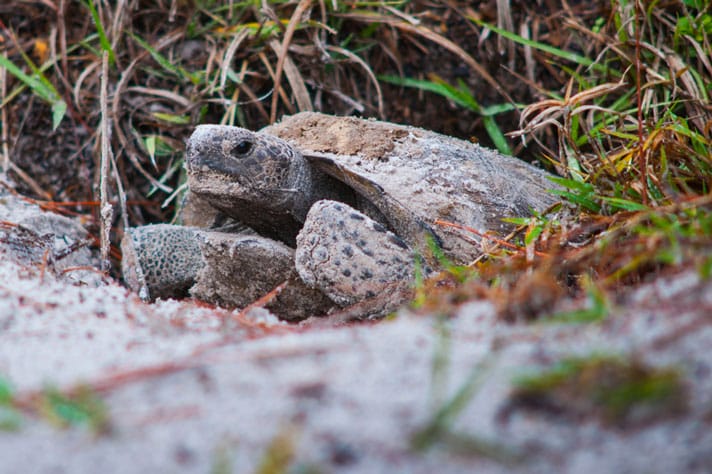 The tortoise was found next to a house that was being built, and the sanctuary speculates the nest the tortoise came out of was on an adjacent property.

The gopher tortoise is a federally endangered species that is listed as vulnerable by the International Union for Conservation of Nature (IUCN). It is considered a keystone species by scientists, due to its burrowing nature, which then helps an estimated 360 other animal species who take advantage of those networks of tunnels. The reptile averages about a foot long and can be found in along the coastal plains of the Southeastern United States, including South Carolina, Georgia, Florida, southern Alabama, Mississippi, and southeastern Louisiana. Gopher tortoises dine primarily on grasses in the wild and can eat beans, corn and most fruit. It is protected throughout its range and requires a permit to keep