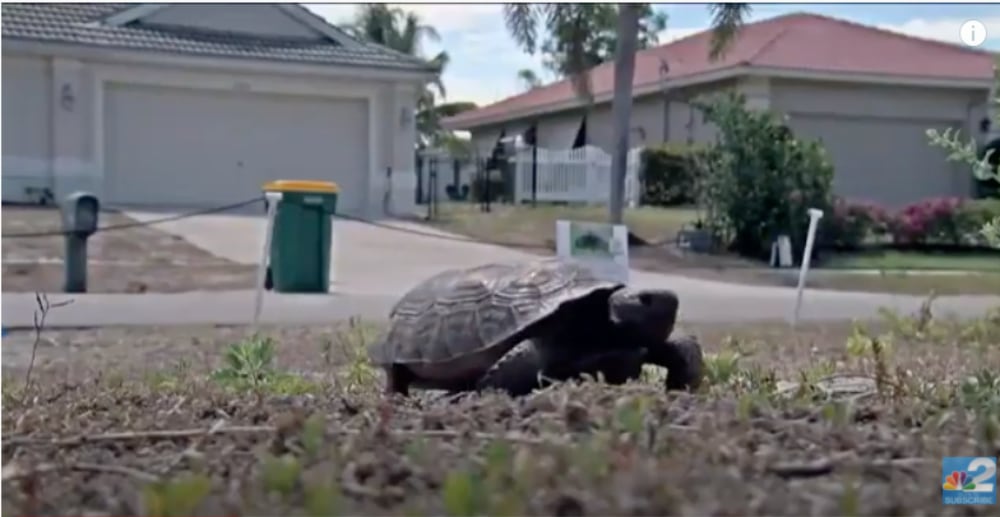 A man on Marco Island in Florida has acquired a vacant plot of land next to his home to ensure that the gopher tortoises that live on the plot are ensured a lifetime of free rent in the form of a gopher tortoise sanctuary.

38 Gopher Tortoises Released In Mississippi By The Nature Conservancy

Doug Meester acquired the property early in 2021 to ensure the plot of land remains in the natural state it is in and remains the home of 26 tortoises (and the 300 plus species who use the tortoise’s burrows) that live on the plot of land. If Meester didn’t acquire the property, it would most like have been developed into a home for a human.

Wildlife biologist Brittany Piersma of the Audubon Western Everglades, was surveying the plot of land when Meester approached her, voicing his concern for the plight of the tortoises.

“I thought it was the most generous thing a person could do for conservation in that way,” Piersma told NBC-2.com. “I was taken aback by it. It definitely gives me hope to influence others who are living in this area.”

Piersma is working with Meester to make the land more hospitable for the tortoises.

“I think they are a very intrinsic part of our island and we can all do our part to protect them and that’s a good thing,” Meester said.

The gopher tortoise is a federally endangered species that is listed as vulnerable by the International Union for Conservation of Nature (IUCN). It is considered a keystone species by scientists, due to its burrowing nature, which then helps an estimated 360 other animal species who take advantage of those networks of tunnels. The reptile averages about a foot long and can be found in along the coastal plains of the Southeastern United States, including South Carolina, Georgia, Florida, southern Alabama, Mississippi, and southeastern Louisiana. Gopher tortoises dine primarily on grasses in the wild and can eat beans, corn and most fruit. It is protected throughout its range and requires a permit to keep.

Loading...
Newer Post
Aussie Trucker Pulls Over To Move Python Off The Road
Older Post
An Inside Look at the Program Protecting the Critically Endangered Anegada Iguanas
Advertisement