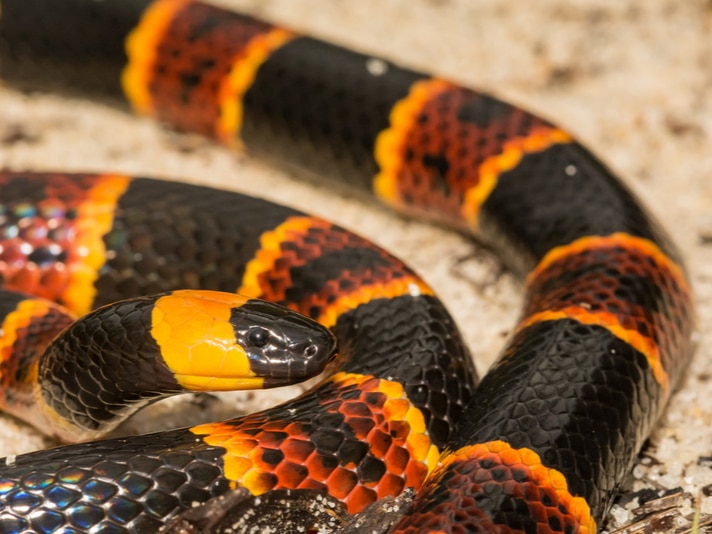 The folks picked up the coral snakes and were then bitten.

Central Florida has seen a spike in coral snake bites, as four people were bitten by the venomous reptiles in the state in the last two weeks, according to the Daily Commercial. Lake County Fire Rescue Venom Unit 2 delivered antivenin to four hospitals in central Florida to treat four people. The folks who were bitten picked up the snakes for either photos or to look at them more closely, according to Battalion Chief Dan Miller. Miller told the Daily Commercial that one snake bite victim took a photo of the snake, posted it to Facebook and then got bit while still holding it. The snake bite victims apparently mistook the venomous snakes for the non-venomous kingsnake, which can have similar coloration to the coral snake. 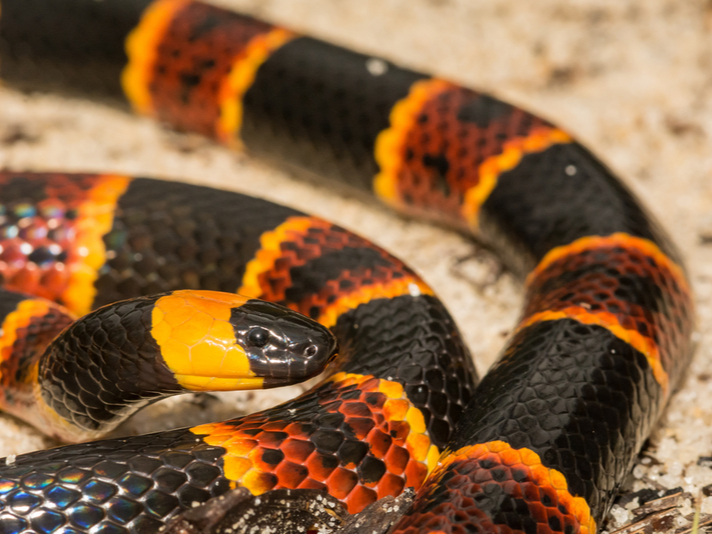 “People try to do that rhyme, but they mix it up or forget it, but it’s not reliable anyhow, because in some areas, the same species of snake might have different color patterns,” Miller said. The rhyme has a few variations, but it goes “red touch yellow, kill a fellow, red touch black, friend of Jack.” 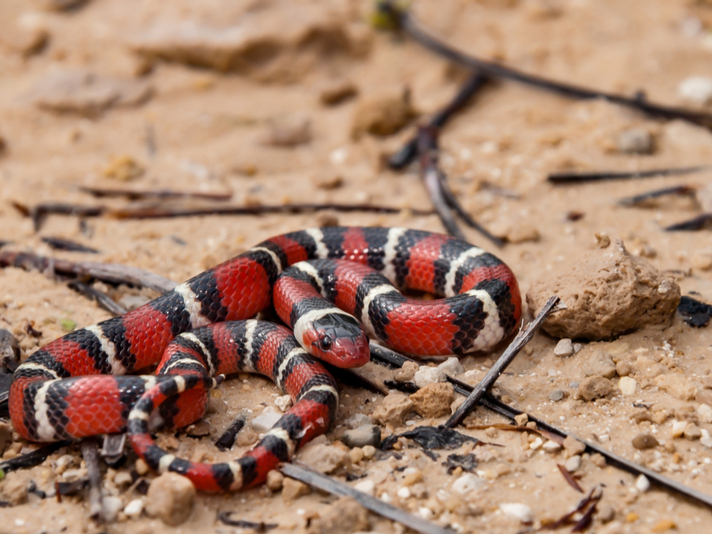 The scarlet kingsnake (Lampropeltis elapsoides) is often confused with the eastern coral snake.

“As far as I’m concerned, the only rhyme I would suggest using is “Roses are red, violets are blue, don’t touch the snake,” Miller said. “There’s no reason to pick up any snake. If you don’t pick them up, you won’t get bit.”

“Coral snake bites don’t usually have immediate signs or symptoms. People may not see swelling or feel pain, but four or five hours later, they may feel like their diaphragm is cut off and they can’t breathe,” Miller said.

Coral snakes possess a highly potent neurotoxic venom that stops nerve transmission, causing respiratory failure and paralysis if not treated immediately. Coral snakes though, tend to be shy and if people leave them alone and don’t pick them up or touch them, they most likely won’t get bit. There are three coral snake species in the United States; the Eastern coral snake (Micrurus fulvius); the Texas coral snake (M. tener); and the Sonoran coral snake (Micruroides euryxanthus).