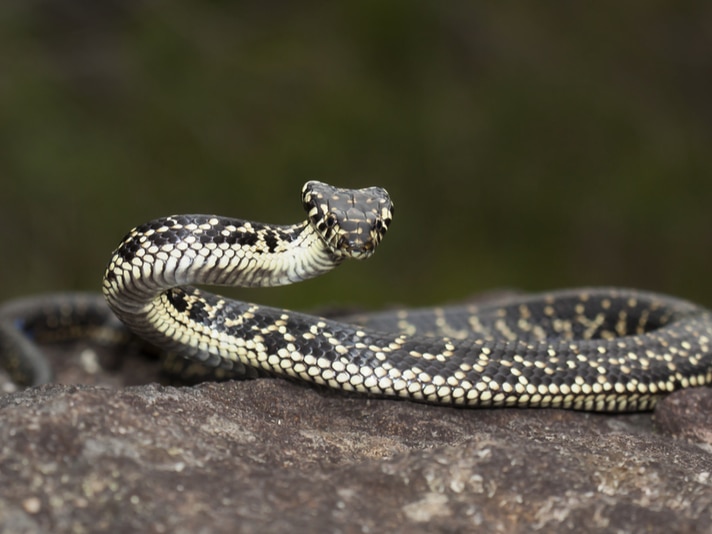 The broad-headed snake (Hoplocephalus bungaroides), an endangered snake in Australia and once common in the suburbs of Bondi, Randwick, and Watsons Ba

The broad-headed snake (Hoplocephalus bungaroides), an endangered snake in Australia and once common in the suburbs of Bondi, Randwick, and Watsons Bay has suffered due to the removal of sandstone rock, a prime hiding and hunting area of the snake, for use as landscape materials in suburban backyards.

The Tiger Snake of Australia

According to The Sydney Morning Herald, the sandstone rock trade, or bush rock, is very lucrative but comes at the cost of the destruction of the habitat of the snake.

The decline of the snake is just the tip of the proverbial iceberg as it also marks the decline of the entire ecosystem in which the snake is found, according to Dr. Jonathan Webb, a wildlife ecologist who has been studying the population of the broad-headed snake just south of Sydney for more than 20 years. Webb is also a senior lecturer in the School of Life Sciences at the University of Technology Sydney.

"The broad-headed snake's ecology is so closely linked to one habitat resource, sandstone rocks, that if you take away the rocks you disrupt the whole ecosystem,” Webb said.

"People want to bring the bush into their backyard. . . people are taking rocks and selling them in landscape suppliers and that is what has really driven the decline in this species."

The market for bush rock is so lucrative that theft of the rock in national parts is prevalent, and people who photograph the illegal activity have been run off the road from the thieves. Webb says that people don’t understand that having these rocks in backyard gardens creates negative effects for the environment in which they were removed, and there are other alternatives to bush rock, such as quarry rock.