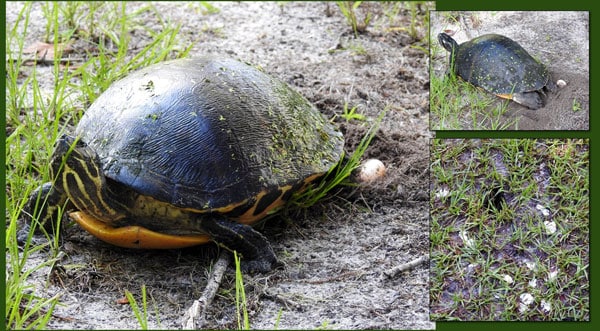 If you live in the state of Florida, the Florida Fish and Wildlife Conservation Commission wants you to know that it is turtle nesting season. The FWC

If you live in the state of Florida, the Florida Fish and Wildlife Conservation Commission wants you to know that it is turtle nesting season. The FWC urges those enjoying the outdoors to be on the lookout for turtle nests so they aren’t disturbed. You might see turtle nests in areas where they might not be ideal, such as on a hiking trail or just off a trail.

The FWC also wants people not to intentionally disturb a turtle nest. Turtle eggs are often eaten by raccoons and invasive species such as fire ants, so the more turtle nests are left undisturbed, the better. Some turtles nest multiple times a year to increase the chance of hatchling success, the FWC wrote in its public service announcement regarding nesting turtles.

Florida is home to many turtles and tortoises, including common and alligator snapping turtles, four species of mud turtles, and many species of water turtles, including three non-native species, the southern painted turtle, false map turtle, and the red-eared slider. The most popular might just be the gopher tortoise, which is a keystone species in the state and is listed as a threatened species. Both the gopher tortoise and its burrow are protected by state law.