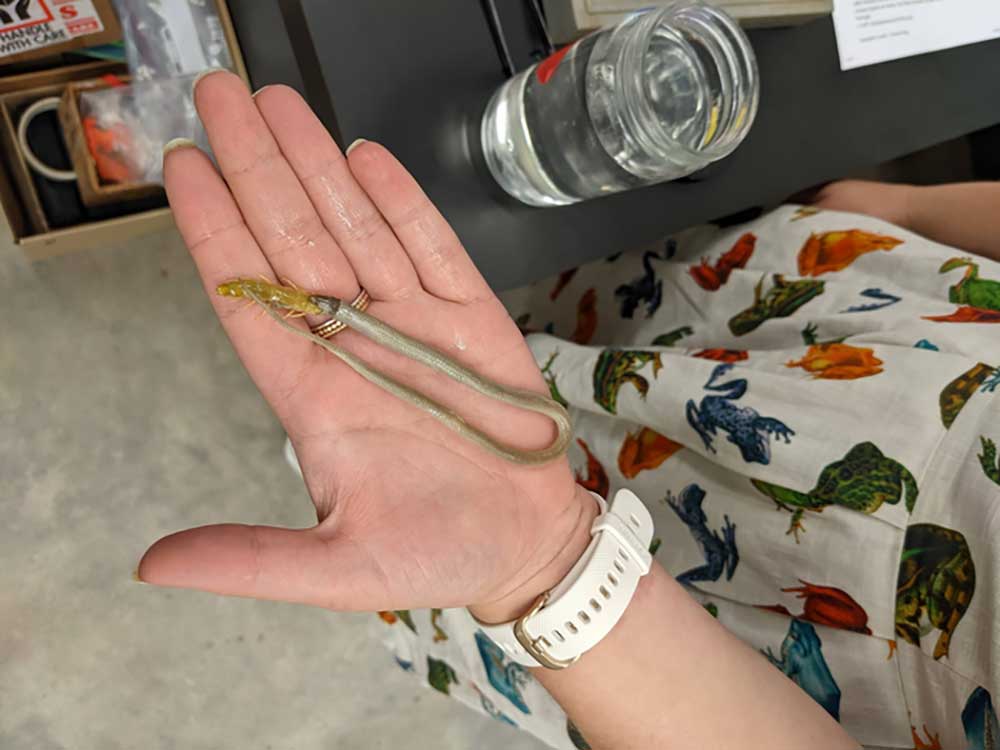 The snake's trachea was pinched at the region of where the centipede's circumference was the largest. This cut off the snake's air supply, killing it.

The rim rocked crowned snake was once found throughout Central Florida south to the Keys in pine rocklands.

A rim rocked crowned snake (Tantilla oolitica), considered to be North America’s rarest snake, was observed in the wild, dead, with a giant centipede hanging out of its mouth, The diminutive snake managed to swallow seemingly more than half the centipede before it succumbed to the meal. The centipede too died in the interaction. It is notable in that this is the first instance in which scientists were able to observe the cryptic snake’s eating habits, and were unaware, until now, that Tantilla oolitica feeds on centipedes.

According to the Florida Museum of Natural History, snakes closely related to the rim rock crowned snake are known centipede eaters. Researchers at the museum announced the interaction in a paper to be published in the Journal Ecology.

“I was amazed when I first saw the photos,” co-author Coleman Sheehy, the Florida Museum’s herpetology collection manager said in a statement. “It’s extremely rare to find specimens that died while eating prey, and given how rare this species is, I would never have predicted finding something like this. We were all totally flabbergasted.” 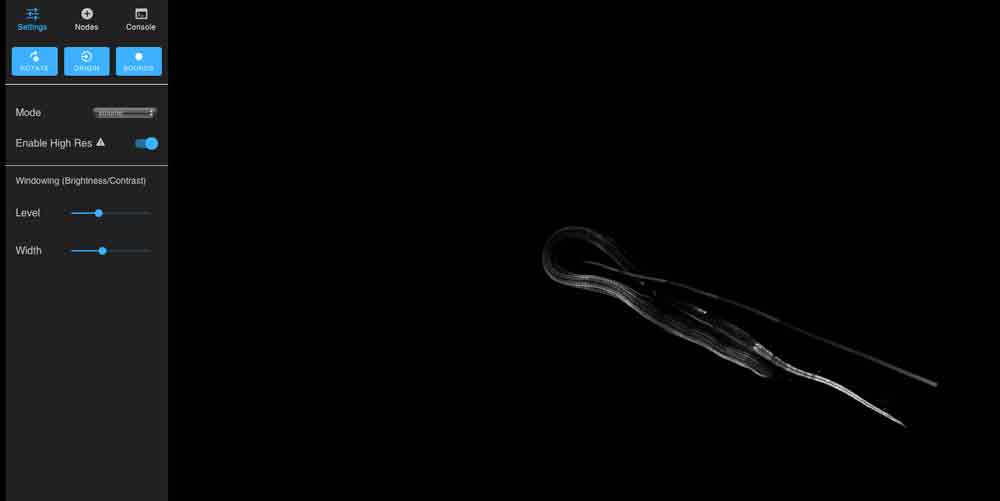 Centipede Devours Snake In Midst Of Laying Its Eggs

Centipede Eats Juvenile Nose-Horned Viper From Inside Out

The rim rocked crowned snake was once found throughout Central Florida south to the Keys in pine rocklands. It is currently listed as threatened in the state. It is listed as Endangered by the International Union for Conservation of Nature (IUCN) Red List of Threatened Species. It is currently only known to exist in Dade and Monroe County in Florida, as well as the Florida Keys. The reptile grows to about 11.5 inches in length. It has a black head and tan and beige coloration on its back. The feed on invertebrates, including spiders, centipedes, worms, other insects and their larva and scorpions. It is named after the Miami rim rock land and oolitica refers to the oolitic limestone where the species is found.