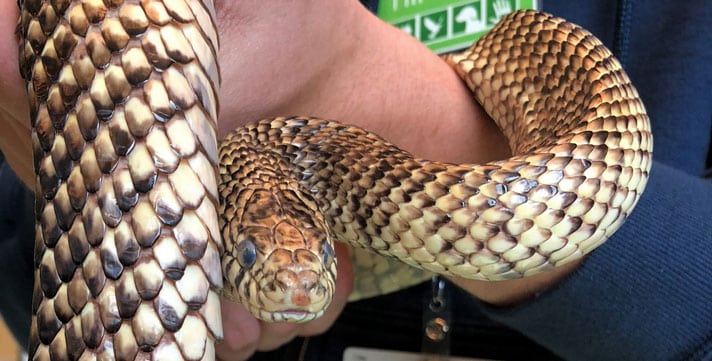 Felix is a Florida kingsnake who was surrendered by his owner in bad shape. He is ready to be adopted.

A Florida kingsnake (Lampropeltis getula floridana) who was surrendered June 27 at the Peninsula Humane Society & SPCA in Burlingame, CA with severe burns over a third of his body, emaciated and dehydrated, is ready to be adopted after receiving three months of treatment. 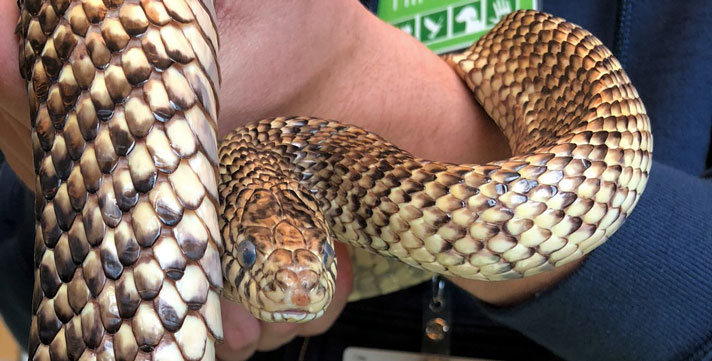 Felix, a Florida kingsnake is ready to be adopted.

The snake, named Felix, was left by a homeless man with a note that said he left the snake in the care of a friend and when he later went to claim him, the snake was in bad shape. The owner wrote that he didn't have the money for medical treatment so he surrendered the snake to the Peninsula Humane Society & SPCA.

The veterinarians who treated the reptile don't think that the burns were intentional, but believe the six foot snake was housed in an enclosure that was too small for him, which put him too close to the heat lamp for extended periods of time.

Felix underwent four months of treatment with subcutaneous antibiotics. A custom bandage the length of the snake was created to help the burns heal. 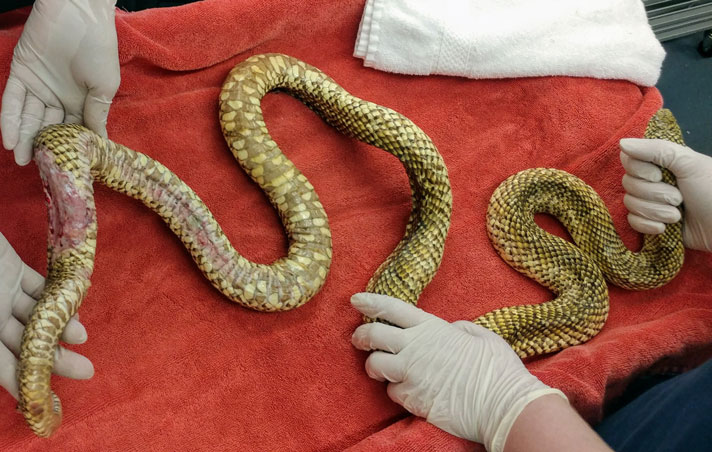 Felix was burned over a third of his body, likely from being in an enclosure that was too small.

“Despite the hardship Felix has endured,” Peninsula Humane Society communications manager, Buffy Martin Tarbox said in a statement released to the media, “he’s still extremely friendly and will make a good pet for an experienced snake owner, who is also willing to continue applying topical ointment on his wounds.”

If you live in Northern California and are interested in adopting Felix, contact the PHS/SPCA’s Center for Compassion at 1450 Rollins Road in Burlingame or via phone at 650-340-7022.

The Florida kingsnake (Lampropeltis getula floridana) is a heavy bodied snake that can reach six feet in length. They are found throughout central and northern Florida in swamps, cane fields, the everglades and subtropical regions. They can live 12 to 20 years in captivity.