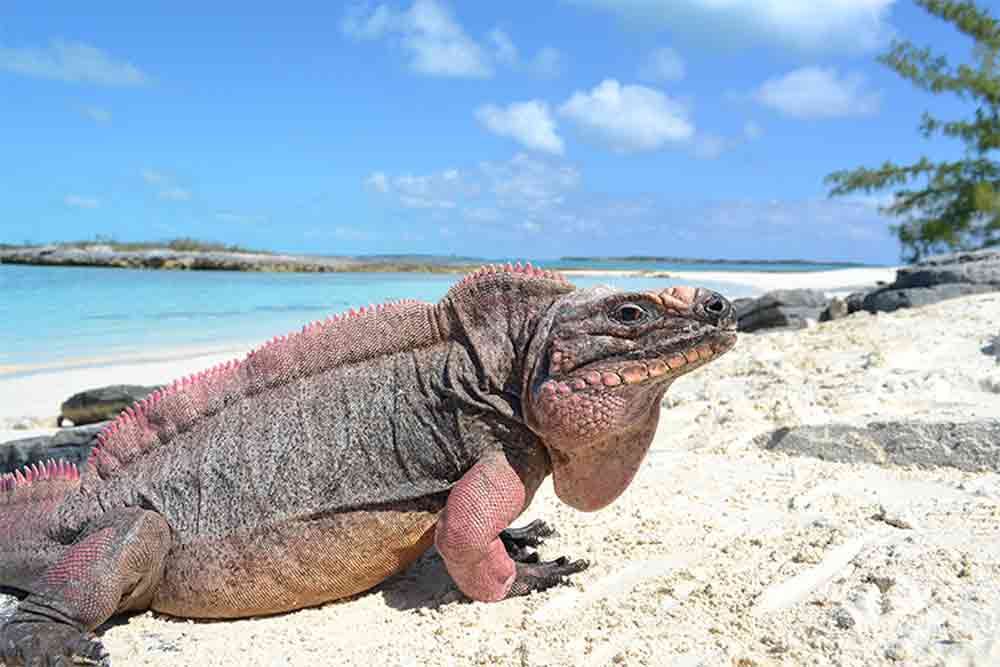 Tourists on the Exhuma Islands in the Bahamas are causing Bahamian rock iguanas (Cyclura sp.) to suffer from unusually high bold sugar due to the feed

Tourists on the Exhuma Islands in the Bahamas are causing Bahamian rock iguanas (Cyclura sp.) to suffer from unusually high bold sugar due to the feeding of grapes to these reptiles by tourists, according to a study published in the Journal of Experimental Biology.

The culprits are the so-called ecotourists who feed the reptiles grapes provided by the tourist boat operators. The critically endangered iguanas apparently rush the beach once they hear the engines of the boats to get the free snacks.

‘A prolonged high sugar diet can “exhaust” the ability to regulate blood glucose’, said Utah State University’s Susannah French, lead author of the study “Glucose tolerance of iguanas is affected by high-sugar diets in the lab and supplemental feeding by ecotourists in the wild.”

“We evaluated both short and longer-term blood glucose responses and corticosterone (CORT) concentrations as changes have been associated with altered diets. Experimental glucose supplementation in the laboratory and tourist feeding in the wild both significantly affected glucose metabolism,” the researchers wrote in their study.

Reptiles And Amphibians Of The Bahamas

In place of the critically endangered rock iguanas, the lab researchers chose to study the more common green iguana (Iguana iguana) in the lab. In addition to a “Tortoise Diet” and vegetable greens meals that were fed to the green iguanas, the iguanas were also given a high or low glucose drink, the low version which provided the reptiles with a glucose amount that was similar to grapes that are being fed to the rock iguanas. At 17 days the iguanas were given an intermediate strength glucose drink and their blood sugar was monitored the following two days. The researchers found that the glucose levels peaked three hours after consuming the drink. The iguanas that were given the high glucose diet “had difficulty regulating their blood sugar levels.” The iguanas fed the Tortoise Diet and greens alone fared much better. The researchers say the high glucose diet had a negative impact on the capability of the iguanas to regulate their blood. 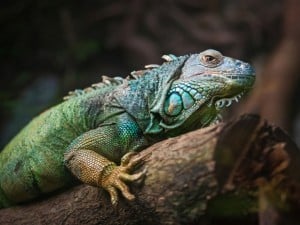 In the rock iguana study, 24 iguanas were captured from an island where tourists are frequent visitors and 24 iguanas were captured from an island that was free of tourists. The reptiles were then fed a glucose drink and their blood sugar levels were monitored. The researchers found that the iguanas from the island frequented by tourists experienced a very high glucose peak after five hours while the blood sugar of the iguanas from the island free from tourists rose much lower and returned to normal more quickly.

“If these were humans, we would be talking about diabetes; however, it is not yet clear what the health implications are here. That is something we are continuing to work on,” French said.

An abstract of the study, “Glucose tolerance of iguanas is affected by high-sugar diets in the lab and supplemental feeding by ecotourists in the wild,” can be read on the Journal of Experimental Biology website.