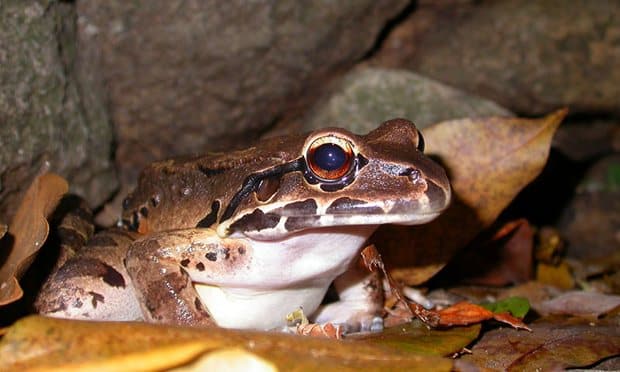 The Caribbean island of Montserrat has just two known wild mountain chicken frogs (Leptodactylus fallax) left and the Durrell Wildlife Conservation Trust is hoping that they can get the last known female together with the last known male chicken frog on the island to breed to help kickstart a population of the endangered amphibians.

The task is massive. The trust is hoping to translocate the female into the male’s territory as part of a 20 year recover plan for the species. The chytrid fungus devastated the population of the frogs and these two are the only known specimens left on the island. They live 500 meters apart from each other and over the course of the next several weeks, conservationists will try to locate the male and then find the female, which lives further downstream. 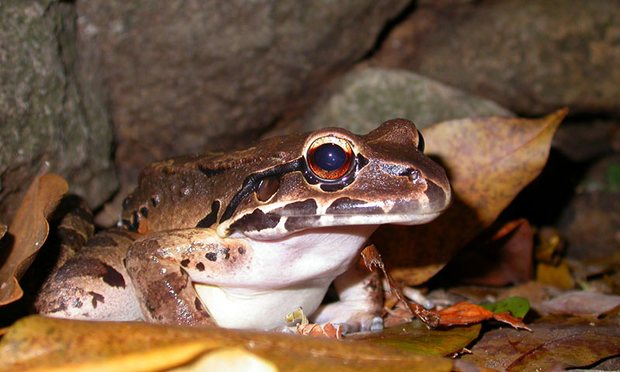 Conservationists are hoping to unite the last known male and female frog in the wild on Montserrat island in hopes they will breed.

If they are successful in locating the duo, artificial nests will be built in the male’s territory in hopes of enticing the female to stay. Conservationists will monitor the female’s movements in hopes that she won’t return to her old home. The hope is that the two will find each other, mate and nest, a feat that has not been observed in the wild.

“The best chance for them breeding is in the wild in their native habitat – it’s just a matter of getting them together,” said Jeff Dawson, amphibian program manager for Durrell and project coordinator for the mountain chicken recovery program, which also involves ZSL, Chester zoo, Nordens Ark in Sweden and local governments.

The mountain chicken frog has been detrimentally affected by the chytrid fungus, years of overhunting, and volcanic eruptions on the island. There are captive breeding efforts occurring at four zoos. The next step would be to introduce semi-wild enclosures on the island to test the captive-bred frogs’ capabilities to fight the chytrid fungus in controlled environments.

The mountain chicken frog is named as such because they  apparently taste like chicken. One of the largest frogs in the world, the mountain chicken frog can weigh up to three pounds. Previously the frogs were found on Lesser Antilles islands of Antigua, Guadeloupe, Martinique, St. Lucia, and St. Kitts. The introduction of the Norway rat as well as the Cane toad were the initial reasons why the mountain chicken frog experienced declines in those areas. The chytrid fungus, however has caused mass decline of the species on Montserrat and Dominica.