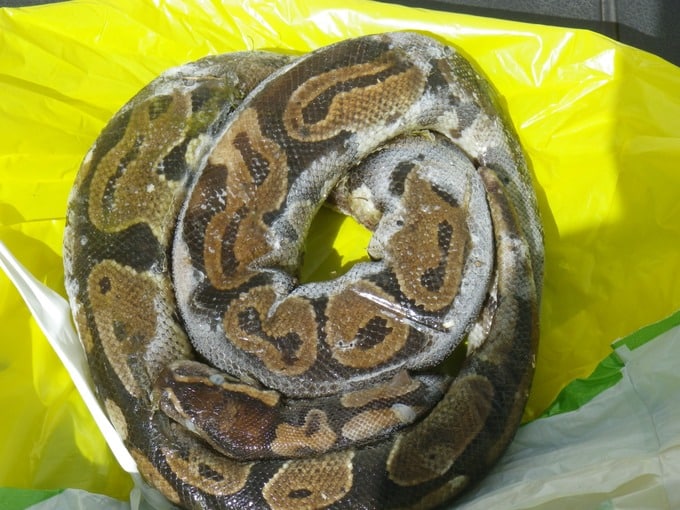 If you purchase a reptile or any other animal and decide that you no longer want to can’t care for it, don’t release it where you live. Chances are it will not survive.

A ball python was recently found dead at Treorchy Lake in England. Now there is no way of knowing if the snake was already dead when it left the home of its previous owners, but there has been an increase in the number of neglected and abandoned exotic reptiles and other animals across England and Wales, according to the RSPCA. 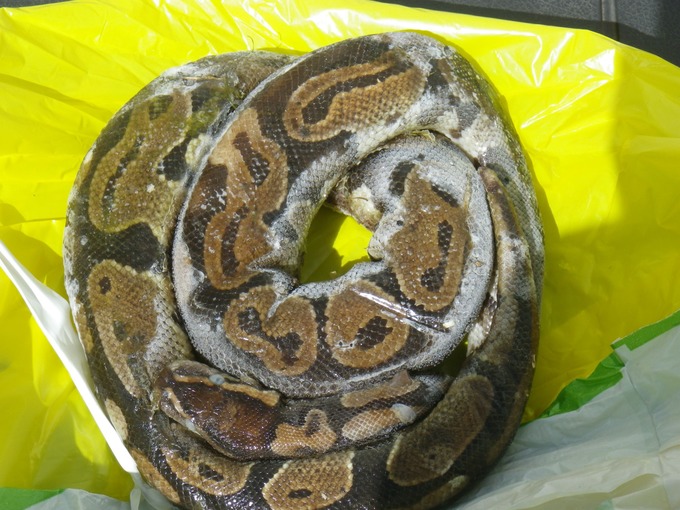 This ball python was found dead in a lake in England.

We don’t know how this snake came to be in the lake or if he was in the lake alive or had already died,” said RSPCA Inspector Simon Evans.

“We don’t know what happened – but he may have been dumped. We’re appealing for anyone with information about this to contact the RSPCA.”

Four ball pythons were found dead in a stream in January and a boa constrictor was left dying by the side of a road with a severe head injury.

With all the care tips available for keeping exotic snakes, especially in cold climates such as England, there really is no excuse that these animals are released or thrown out like yesterday’s news. They are animals that need attention and care. If you can no longer care for a snake or any animal, there are rescues that will take them in. Do not release them as they more than likely cannot survive in the wild.