Connecticut's DEEP to Hold "Year of the Snake" Education Campaign

An interactive program designed to educate residents about snakes will be held in the Connecticut community of Simsbury July 24 at Stratton Brook State Park. Sponsored by the Connecticut Department of Energy and Environmental Protection (DEEP) and the group Partners in Amphibian and Reptile Conservation, the program will discuss the native snakes of Connecticut, snake conservation, and the role that these reptiles play in the ecosystem. 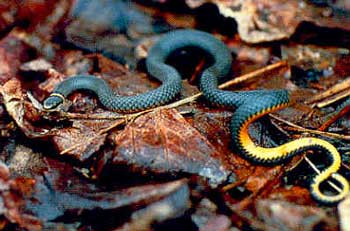 "Hundreds of snakes are needlessly killed by people each year because of mistaken identity, fear, and misunderstanding," the department said in a press release. "Very often, when a snake is found near a home, people panic and may even assume that the snake is dangerous or venomous. Few Connecticut residents realize that they are unlikely to encounter a venomous snake around their home."

Connecticut is home to 14 native species of snakes, including two which are venomous. They are:

The DEEP will hold a similar event August 7 at Squantz Pond in New Fairfield and on September 11, Hank Gruner, vice president of programs at the Connecticut Science Center will discuss the native snakes of Connecticut and their habitats at the at Blackstone Library in Branford, CT.

For more information about other education programs during the Year of the snake, as well as snake identification, threats to snakes, and a snake art contest for kids, visit Connecticut's Year of the Snake website here.