Giant Pythons In Florida
Aussie Gets Bitten By Eastern Brown Snake Then Grabs A Beer
Should The Black Pine Snake Be Listed As A Threatened Species?

Herpetologists with the ABQ BioPark Zoo in Albuquerque, New Mexico announced last month that they discovered three northern Mexican garter snakes on the Gila River in southwestern New Mexico. Thamnophis eques, which was initially thought to have been extirpated in New Mexico, haven't been seen in the state in 20 years, according to the ABQ BioPark Zoo.

"This is a huge find for our team. We have spent nearly three years and thousands of man-hours looking for the northern Mexican garter snake," Doug Hotle, ABQ BioPark Zoo curator of reptiles and amphibians said in a statement. "Although many have written this species off for the state, we thought it was still here somewhere undetected. This discovery means there is still hope for the species and its habitat." 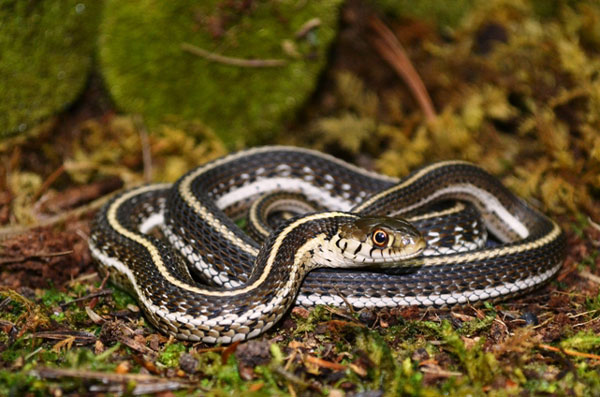 The herpetologists identified, measured, and took DNA samples of the specimens and then tagged and released them. The third snake was brought back to Albuquerque where the state herpetologist will identify it. It will go into quarantine and then join the other reptiles in the Conservation Gallery of the zoo's Reptile House. It will also likely become a founding member of a breeding population that will be housed at the zoo.

The ABQ BioPark herpetologists will collect one more male and two females for a breeding program. The BioPark is a member of the Mexican Garter Snake Working Group, which also includes U.S. Fish and Wildlife experts, universities, zoos and state wildlife agencies from New Mexico and Arizona, all working to bring the northern Mexican garter snake back to healthy population levels in New Mexico and Arizona.

There are eight species of garter snakes found in New Mexico. The northern Mexican garter snake is considered the rarest. It lives in wetland areas with thick vegetation and feeds mostly on tadpoles and small minnows. It is listed as endangered by the state and is a candidate for federal protections under the Endangered Species Act. Until their discovery last month, the last confirmed sighting of the species in New Mexico took place in 1994.

Color: Olive, olive-brown or olive-gray. Three stripes run the length of the body with a yellow stripe down the back. A portion of lateral stripe runs along the fourth scale row, distinguishing T. eques from other gartersnakes.

Status: Endangered in the state of New Mexico; candidate for federal protection under the Endangered Species Act.