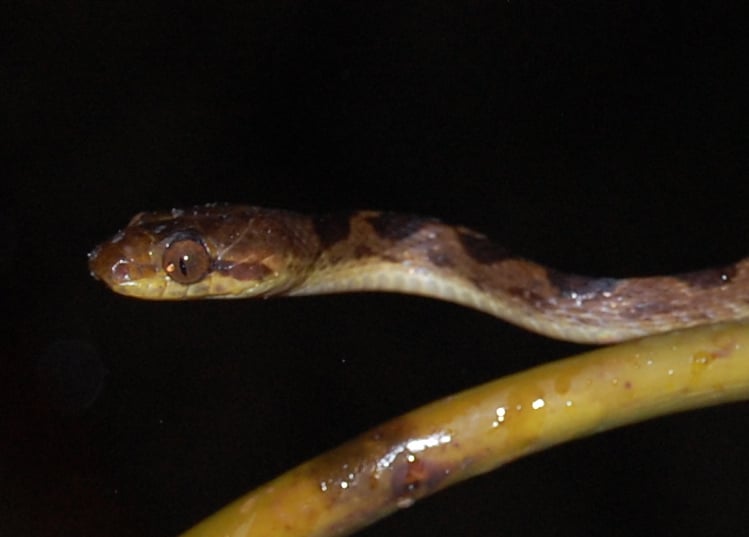 The loss of amphibians is having a negative cascade effect up and down the food web.

Batrachochytrium dendrobatidis, the fungal pathogen that has been killing off the world’s amphibians since the early 1990s has caused devastating losses in neotropical snakes that prey on amphibians. 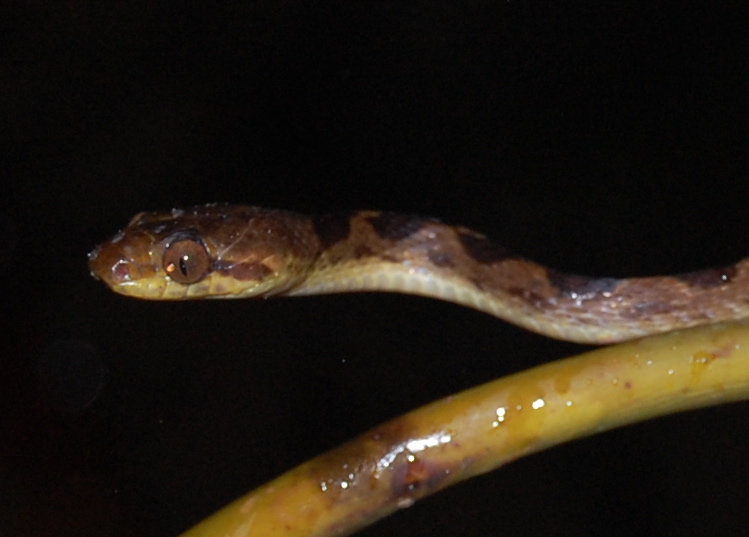 The northern cat-eye snake (Leptodeira septentronalis) feeds on treefrogs and their eggs.

American and Panamanian researchers took a look at a neotropical snake community in Panama’s Parque Nacional G. D. Omar Torríjos Herrera, and of the 17 species studied, nine had occurrence rates that were lower  after the onset of Batrachochytrium dendrobatidis four had occurrence rates that were higher, and four species experienced no substantial change to their population numbers.

Sibon argus, which eats amphibian eggs, for example, experienced the most severe decline of its genus, according to the paper, in spite of habitats that are similar to the other Sibon species, which are primarily molluscivores. The researchers noted that the loss of species that fed on amphibians, brought upon a larger population of snakes that didn't feed on amphibians, which the researchers say effectively exploited the change due to the onset of Batrachochytrium dendrobatidis affecting the other snakes.

The researchers note in their study that the loss of amphibians as prey items for these neotropical snakes has led to a smaller and less diverse snake community. Their data suggests that these snakes are dependent on amphibians for a large part of their diet and the loss of these amphibians has disrupted the food web so much that other prey, such as lizards, have also been negatively affected by the presence of the chytrid fungus. These losses severely disrupt the food web, ranging from the top of the web with raptors and mammals to the bottom of the web with algae and detritus biomass, the researchers say.

The complete study, "Tropical snake diversity collapses after widespread amphibian loss" can be read in its entirety on the Science website.