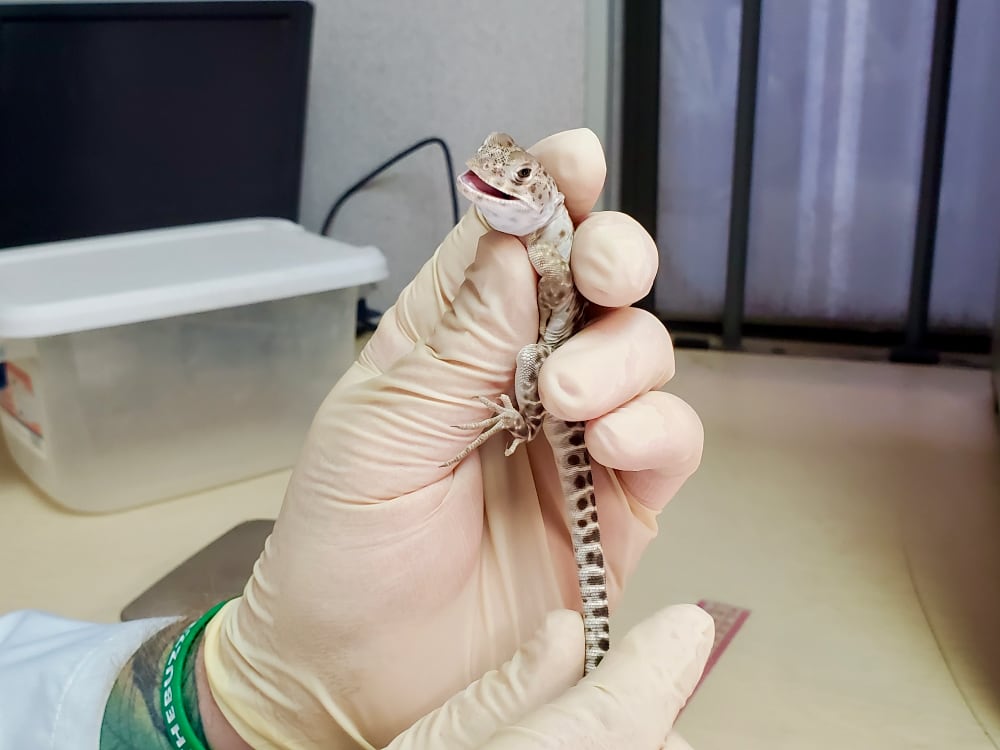 The blunt-nosed leopard lizard has been on the federal endangered species list since 1967.Photo courtesy of Mark Halvorsen/BLM

The blunt-nosed leopard lizard has been on the federal endangered species list since 1967.

Local and state agencies with the state of California as well as the federal government have announced a joint conservation effort to recover the blunt-nosed leopard lizard (Gambelia sila), which has been on the federal endangered species list since 1967.

The Chaffee Zoo in Fresno, CA, along with the California Department of Fish and Wildlife, Fresno State University, the U.S. Fish and Wildlife Service and the Bureau of Land Management are working in tandem to protect and conserve the lizard.

“Each and every animal serves an important role in our ecosystem, so it’s imperative to conserve species in their natural habitats,” Fresno Chaffee Zoo General Curator Lyn Myers said in a news release put out by the BLM. “These 19 individuals represent a chance to ensure that blunt-nosed leopard lizards will be around for generations to come. The work that we are doing and the knowledge gained will help blunt-nosed leopard lizards both at our Zoo and in their natural habitat.”

The Fresno Chaffee Zoo along with the aforementioned government agencies launched a captive breeding program in 2020. Six adult lizards were collected in San Joaquin Valley’s Panoche Hills. This effort resulted in the 19 lizards bred at the zoo. The breeding program will continue for the next five years to help bolster the wild populations with the eventual release of the lizards every year.

“This captive breeding program is essential for recovering the blunt-nosed leopard lizard in the Panoche Hills. By raising the lizards in a controlled environment, we can improve their chances of survival when they are released into the wild. The species is on a better path because of this collaboration,” said U.S. Fish and Wildlife Service’s Sacramento Fish and Wildlife Office Field Supervisor Michael Fris.

The goal is to have more than 50 females reproducing each year for three consecutive years. All offspring will be monitored after release to assess survival and breeding successes in the wild.

The blunt-nosed leopard lizard can only be found in central California at elevations of 800 meters and lower. It eats invertebrates such as grasshoppers, beetles, bees, wasps, and ants, as well as other lizards. They are known to jump up to 60 centimeters to capture their prey and are between 86 and 119 mm in length, from snout to vent. The coloration of these reptiles range from yellowish and light gray brown to dark brown with a white underbelly. Dark spots run across the back. The species is listed on the federal and state endangered species list.