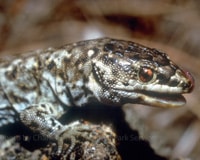 The island night lizard (Xantusia riversiana), native only to the Channel Islands off the coast of Southern California, has enjoyed such a recovery to its population that the U.S. Fish and Wildlife Service has proposed to remove the reptile from the list of species protected under the Endangered Species Act. 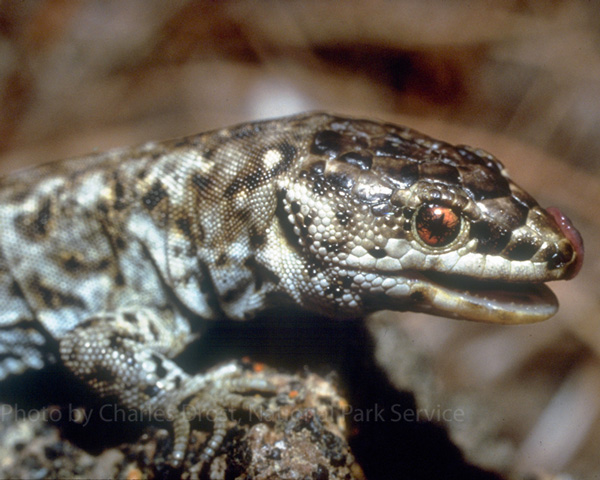 The lizard was first added to the list of endangered species in 1977, when it was listed as a threatened species due in large part to the introduction of nonnative pigs and goats that destroyed the lizard's habitat. In 1984 the U.S. Fish and Wildlife Service began a recovery plan for the species that was focused on restoring the animal's habitat and educating the public about the species. The service says that there are approximately 21.3 million lizards on San Clemente Island, 15,300 on San Nicolas Island, and 17,600 on Santa Barbara Island.

"The recovery of the island night lizard is yet another example of how well the Endangered Species Act works once we decide to use it," Collette Adkins Giese, a Center for Biological Diversity attorney and biologist said in a statement released by the Center. "Protections under this landmark law have been essential in reversing the trend toward extinction for so many of our country’s rarest and most unique wildlife and plants."

To read about herping the Channel Islands, click here.

The island night lizard grows to about 4 inches in body length and is omnivorous. Its coloration ranges from pale gray to brown or black with striped or mottled patterns. It is a livebearer, giving birth to live young rather than laying eggs. It is also a slow growing lizard. It is estimated that the lizards can live more than 30 years. And contrary to their name, studies of the lizard on Santa Barbara Island have shown that the lizard is most active during the middle of the day.